Pete Rose Still Can't Get on That Hall of Fame Ballot 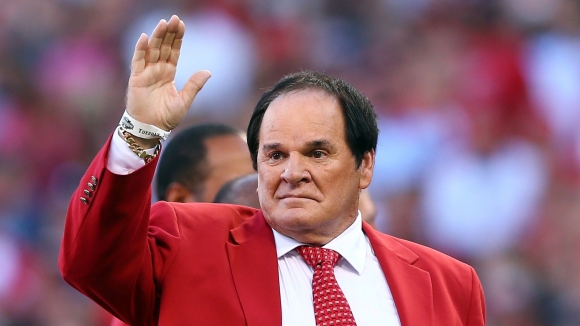 It's difficult not to feel at least a little sympathetic towards Pete Rose.

Actually, no it's not.

Anyone who's ever been in an MLB clubhouse has seen the poster-sized warning that gambling on baseball will get your patootie banned from the game for life.

Rose saw that poster every day of his baseball career, and he was well aware of what happened to Shoeless Joe Jackson, who wasn't convicted of anything but still banned.

At least he's a sympathetic character. Rose is not.

But let's offer another perspective.

While the Fox Sports performance artist has certainly been his own worse enemy over the years, MLB and the Hall of Fame are having no problem beating up on an old man at this point.

It was just revealed publicly that Rose requested to be placed on the Hall of Fame ballot back in December.

The Hall of Fame responded with an emphatic denial of said request.

That's more or less how they treated Pete.

This is connected to MLB and commissioner Rob Manfred denying Rose reinstatement into baseball back in late 2015.

Conveniently, the Hall of Fame created a new rule that denies ballot access to any banned player.

As a result of all these rulings and machinations, the 76-year old hit king or queen will very likely never be inducted into his precious Hall of Fame.

Of course, there's plenty of Pete memorabilia to be found at Cooperstown, but that's due to mere semantics.

Hypocrisy, your order is ready.

And hey, Pete can still hang out near the actual building and sign some autographs for his adoring public.

But don't go inside, though.