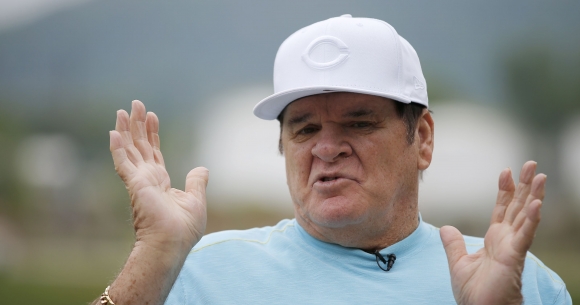 The baseball coverage and analysis found on Fox Sports 1 can be described as pedestrian at best.

Then again, only those who have providers that carry it would know.

It's not necessarily poor, but not terribly enlightening, either.

However, we can all agree that the mere presence of Pete Rose makes for a compelling watch.

Rose obviously understands baseball -- perhaps better than most -- and his insights are consistently more profound than those of Frank Thomas or Alex Rodriguez. His delivery and presentation though, leave much to be desired.

It's almost as if the hit king has never interacted with other human beings or is perhaps masquerading as a person himself.

The man treats light banter as he would a Gene Garber changeup. Which is to say, with much scorn and disdain.

Whatever chemistry or flow develops during a studio segment is almost immediately destroyed the second Pete opens his mouth or attempts to engage someone in direct conversation. The tension and discomfort is almost palpable and wildly entertaining.

Of course, the others enjoy having fun at Pete’s expense, particularly with references to Charlie Hustle trending on Twitter. Pete has a tendency to wander into shots with his deadpan expression, a habit that has created some classic memes on the Interwebs.

It's difficult to say whether Rose is in on the joke or not. Whatever the case, Pete's a national treasure and should be treated accordingly.

If there were a Hall of Fame for making people cringe, though, Pete would be inducted on the first ballot.