Passion and Performance Return to Fenway 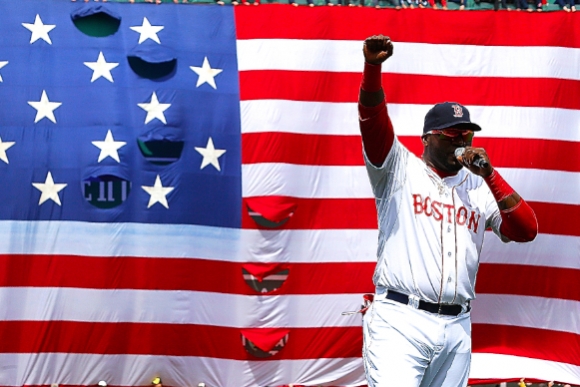 After last night's make-up match-up between the Boston Red Sox and the Tampa Bay Rays with first place in the AL East on the line, the Red Sox currently owned the second-best record in the junior circuit at 63-44.

Coming off a 68-93 season that was preceeded by a September meltdown for the ages in 2011, no one thought the Red Sox would contend for anything this season.

Still, new skipper John Farrell came back to Boston after managing Toronto for two years and has done a remarkable job in keeping the Sox together through a litany of injuries. The Yankees have had a long list of injuries themselves, but the Red Sox have lost three relievers for the season, which would be their seventh-, eighth-, and ninth-inning pitchers. Andrew Bailey, Joel Hanrahan, and Andrew Miller are gone for the year and somehow Boston has hung in there and continued to play well.

Clay Buchhloz has had an outstanding  season with a 9-0 record and a 1.71 ERA, but he hasn't pitched since June and may not pitch until September because of shoulder issues. John Lackey has stepped up and pitched well, even though his record is 7-8. Lackey's ERA is 3.19, though, and he has given the Red Sox many quality innings. Jon Lester is now 10-6; his season has been up and down, with his last two starts being excellent. If Buchhloz cannot return, Lester holds the key to any hopes of Boston returning to the playoffs.

The Red Sox hitters have been vital to their resurgance this year.  David Ortiz and Dustin Pedroia are the heart and soul of the team and are hitting .329 and .297 respectively. Role players such as José Iglesias, Jarrod Saltalamacchia, Mike Napoli, Jonny Gomes, Shane Victorino, Daniel Nava, and Mike Carp have played well all season while Jacoby Ellsbury has had a solid season, hitting around .300 and playing a spectacular center field.

Boston is a far cry from its fate the past couple of years when they had a big payroll and many superstars who didn't play up to their potential. This season, they're a likeable group and, for the first time in a few years, are easy to root for. The fans are coming back to Fenway Park, and if the Red Sox keep playing like this, it will be a summer for all of New England to remember.