Over By The Bay 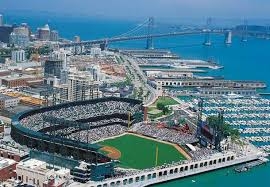 Yesterday, we got back on track with the Nationals and Cubs going over the Bovada total of 7 runs as the inconsistencies of Stephen Strasburg continue.
We have found a similar situation today on the opposite coast in San Francisco. That's where the Giants will host the Atlanta Braves as the Tim Lincecum takes the hill for San Francisco hoping to get back on track after two shaky outings.
Lincecum has allowed ten runs in his last two starts after starting the season pitching very well.
It doesn't make matters better considering he has struggled against the Braves as of late, losing all of his last four starts where his ERA is 4.38. That figure is still better than his season's ERA of 4.75. It's part of the reason the over 7.5 Bovada has this one set as looks like a winner.
Another reason is Braves catcher Brian McCann. He has practically owned Lincecum, with a .345 average against him. That's a better average against Lincecum than any other player with at least 29 at bats. And if Lincecum gets bounced, it may not matter to McCann. He's a lifetime .330 hitter against the Giants and has a 13-game hitting streak against them.
Kris Medlen gets the nod for the Braves. He's lost three straight, although he was pretty good in his last outing. Medlen has had his own share of troubles against Pablo Sandoval of the Giants. Sandoval is 3-4 against him, and all three hits are for extra bases. Marco Scutaro also has fared well of late against Atlanta, hitting .370 over his last seven versus the Braves.
I like Medlen in this one better than Lincecum, and it's very tempting to drop a small parlay on the Braves with the over.  But certainly a heavy straight bet is warranted here on the over.
My pick:  Braves vs Giants over 7.5
---
UPDATE:
Result ... San Francisco 5 Atlanta 1     total runs = 6     under covers
DAILY UPDATE