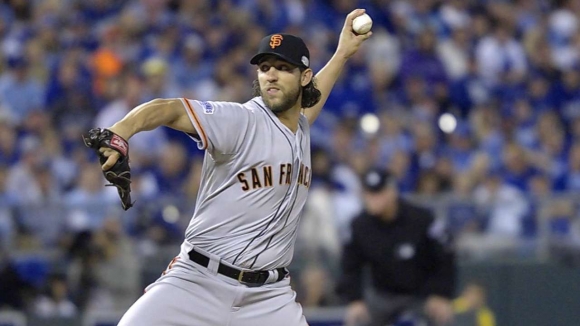 The Kansas City Royals left a trail of disbelief and broken dreams in American League burgs Oakland, the team representing the city they're ashamed to name, and then Baltimore.

Eight straight games. Quite a run.

But it ended last night.

With San Francisco Giants ace hotshot pitcher Madison Bumgarner cruising through the post-season himself, something had to give. And it wasn't the MadBum. Or his glove.

Going into Game 1, Giants fans were trying very hard not to appear over confident. In their heart of hearts though, it was hard to suppress a feeling of impending dominance. Until their story book run this season, the Royals' scant playoff experience was limited to watching the games at their local pubs. Right from the get-go, the Giants took the packed Kaufman Stadium crowd out of the game with a three-run first inning.

Bumgarner has silenced many a potent offensive opponent, so it's not necessarily a surprise that he made the Royals appear mere commoners at the plate. Thus, should Jake Peavy win Game 2, not even a stack of Marshalls will approach the volume of the fans at AT&T Park. 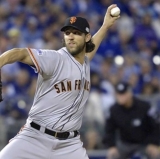 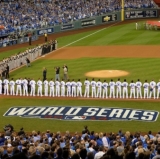