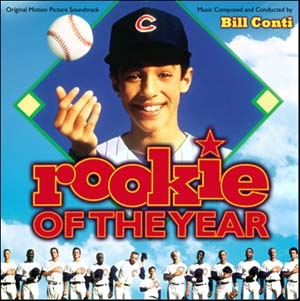 Yesterday, we examined the greatest Rookie of the Year (ROY) combos in baseball history.

Today, we'll go to the opposite end of the rainbow and review the worst of the worst.

Call them busts, one-hit wonders, one and done, whatever. These players literally only had a good rookie season and didn’t do squat after that!

In the interest of saving time and space, we will limit the candidates to the top five. Otherwise, we may exceed the character limit for this article (or create one!). Reading about futility can be exhausting!

So there you have it, a complete list of MLB’s worst Rookie of the Year combos, and believe me, it was difficult to narrow it down to five. Here are a few honorable mentions:

2009:  Chris Coghlan and Andrew Bailey.  Bailey did make the All-Star team in 2009 and 2010 but has been unable to remain healthy after arriving in Boston to take over closer duties from Jonathan Papelbon. Coghlan was last seen playing LF for the New Orleans Zephyrs of the Pacific Coast League, where he did fairly well by hitting .284 with a .375 OBP in 2012. Truly a 4A player if I’ve ever seen one!

1998:  Kerry Wood and Ben Grieve.  Cubs fans have consistently been tormented with rookies displaying flashes of greatness and then forgetting what game they're playing. Wood attempted his best John Smoltz impression by becoming a closer later in his career and actually made the All-Star roster in 2008, but he posted an 8.31 ERA last season and has since retired. The A’s suckered Tampa Bay into taking Grieve in a three-team trade that landed Johnny Damon in Oakland. The world is Billy Beane’s playground, and we’re all just along for the ride!

1995:  Hideo Nomo and Marty Cordova.  Nomo-mania swept the baseball world in 1995 as he became the leading Japanese import, surpassing Honda and Toyota. Nomo had a decent 1996 season by finishing fourth in Cy Young voting, but the league quickly caught on to his awkward, deceptive delivery. Cordova also had a decent season in 1996, setting a Twins single-season record with 46 doubles. He is most famous for going on the DL after getting sunburned in a tanning bed.

1980:  Steve Howe and Joe Charboneau.  Howe was the second of four consecutive Dodgers Rookies of the Year (Sutcliffe, Howe, Fernando, and Sax). This feat was surpassed when the Dodgers claimed five consecutive Rookies of the Year from 1992-1996. (Dodger fans must be wondering how they won only one World Series title during this stretch.) Howe struggled with substance abuse and only had one other decent year with the Yankees in 1994. If nobody was chosen AL Rookie of the Year in 1980, everybody may have been better off, Charboneau sparked a mini-boom for novelty items in the local economy, but like his short-lived offensive prominence, that was about it.

1976:  Butch Metzger, Pat Zachry, and Mark Fidrych.  This is one of those rare years where two players were awarded Rookie of the Year, of which the Cincinnati Reds took full advantage by including Zachry as the centerpiece in a trade with the Mets to acquire Tom Seaver. There was no chance of Tom Terrific re-signing with the Mets, as he was in a contract dispute.  What a diva! Mark Fidrych made the All-Star team in 1976 and 1977 and was out of the league by 1980, thus becoming the poster boy for flashes in the pan!