Oh No! Romo No Closer No Mo' 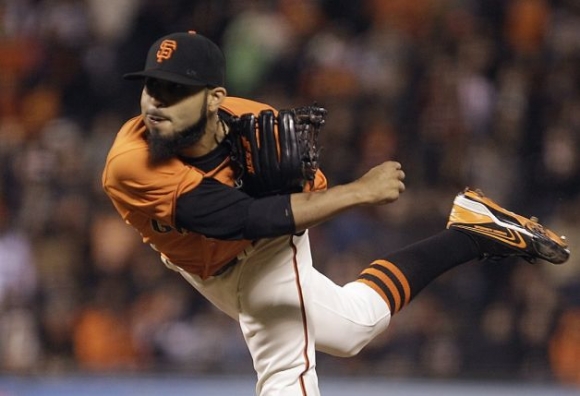 One reason that Bruce Bochy is a great manager is that he doesn't mollycoddle his stars.

If they become unstarishlike, he takes them out of the lineup until they can perform up to his Giant expectations.

And with this team, Bochy should set the bar that high.

Once it became obvious Romo was going down the tubes, it was second fiddle for him. Even in that role, he failed miserably in relief of another awesome outing against the Padres by the Freak, serving up a gopher ball in San Diego to Yasmani Grandal.

After taking the Giants to the top in 2012, can Romo himself be hurtling towards the opposite extreme?

If so, Giants fans don't want to be along for that particular ride. With the way the Giants have performed lately, and  with Romo's plus-seven ERA being no small factor in that decline, their two consecutive wins seems like a streak.

As Sergio Romo has fallen from grace of late, the star of Santiago Casilla has risen. Luckily for the Giants faithful, he appears ready to be the new Giants closer.