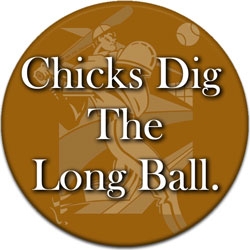 Now that the one-and-done Wild Card games have been decided with Tampa Bay shutting out the Cleveland Indians last night, we can settle in for long, drawn-out playoff series and really play armchair quarterback -- umm, manager -- by yelling at the TV worse than Marty Schottenheimer -- umm again, Billy Martin -- dressing down his players!

Tonight’s action features the Pittsburgh Pirates and St Louis Cardinals at Busch Stadium and Los Angeles Dodgers at Turner Field to face the Atlanta Braves. The fact that the Buccos and Redbirds are in the same division doesn't figure into the post-season equation anymore. It used to be that intradivisional match-ups couldn't happen until the league championship series. Now they can, so St Louis gets the Wild Card Pirates by virtue of their having the best record in the National League.

AJ Burnett takes the mound for the Cinderella Pirates against playoff stalwart Adam Wainwright of the Cardinals. Cy Young and MVP candidate Clayton Kershaw will lead the Dodgers in Atlanta in what looms to be a full five-game series. And that's something else they've got to change! The Division Series should be seven games, too. Teams survive a 162-game season with their depth, and that shows much more significantly in a seven-gamer.

Expect Clayton Kershaw to see lots of action this October, as the Dodgers prepare to win their first World Series title since 1988.  Magic Johnson and his group of investors who purchased the Bums for a whopping $2billion will look to recoup their investment as quickly as possible. What better way than to start with a Series championship in 2013! Then, they can work on renovating aging Dodger Stadium, which first had that new car smell around the time Johnny Carson took over the Tonight Show!

The series I’m really looking forward to is Tampa Bay vs Boston, two AL East rivals that really don’t like each other. Tensions between these teams is always high with a history of brawls and fights erupting over the years, and not just on Twitter. Nobody is really sure if Coco Crisp ever got over being plunked by James Shields in 2008 or if Matt Joyce is still sore from getting drilled in the back earlier this season by John Lackey, but this series is not likely to be any less tense than past meetings.  Matt Moore will face off against Jon Lester tomorrow afternoon in Beantown, where the beer and chicken will sure to be everywhere but the Red Sox clubhouse.

The other AL matchup, Detroit vs Oakland, is sure to be a classic, too with Max Scherzer vs Bartolo Colon in Game 1. These teams met in the Division Series last year, which went the full five games and took a complete game shutout by Justin Verlander in order for the Tigers to advance. Talk about a big game pitcher!

Last year's series did not produce much offense, so don’t expect anything different this year, not even with Detroit's collection of hulking offensive linemen ... umm, sluggers. Both teams play in pitchers' parks, have tremendous starting pitching, and claim even better bullpens. If Miguel Cabrera isn’t 100% healthy, that could be enough to give the A’s the edge and steal this series.  Of course, 50% of Miguel Cabrera is better than most big league hitters!

What you can expect from October baseball is drama, excitement, games lasting past 11pm pdt and players you ain’t never heard of coming up big in clutch spots. So turn your attention to baseball tonight, and tomorrow night, and Saturday, and then come Sunday, switch over to split screen and see how many games you can watch at one time.

And ignore the whining about where the TV ratings are for these games. MLB reaches the fans they and their sponsors have targeted, so if nothing else, a profitable time will be had by all! 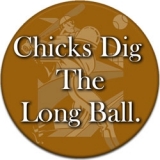 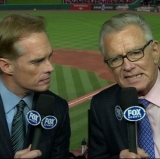