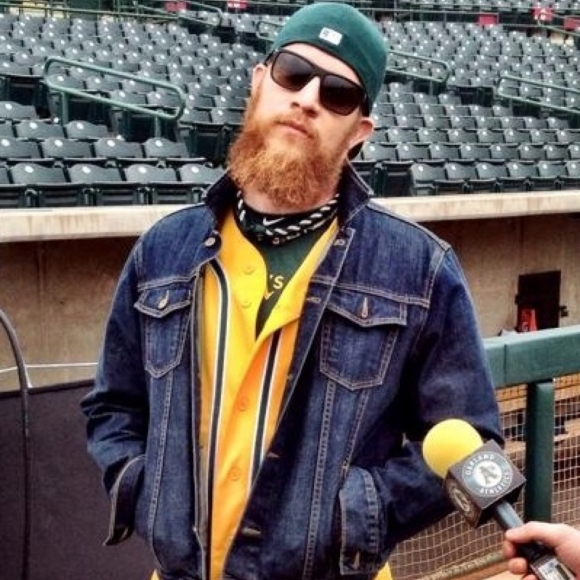 April Fool’s Day is synonymous with wacky tomfoolery, both in-person and on the Interwebs, and some folks take it a bit more seriously than others.

The MLB employee and merry prankster decided to have a little fun with his nearly 26,000 Twitter followers. But this was no ordinary ruse. It turns out Doolittle had been scheming for some time; over a year, in fact.

We'll now let the story unfold via Twitter. Please don't resist the clever nature of the subterfuge, but instead allow it to wash over you completely.

After the game last night, I decided it was time for a change. New season, new look! Keepin it clean in 2K14! pic.twitter.com/1xHssTSxH8

April Fools! I took the previous pic in Jan '13 specifically for this joke! Been setting you guys up this whole time! pic.twitter.com/PvhxWEZvvA

As you can see, Doolittle devoted much thought to this prank, pulling it off with flawless execution. He was aided by the fact that nobody would likely question the authenticity of the first photo, or suspect that he would commit so wholeheartedly to such a hoax.

Doolittle allowed the beardless image to linger for about three hours, only then informing the masses of his elaborate deception. The A's hurler was clearly excited about the big reveal, as his liberal use of exclamation points would indicate.

The reliever played this one quite well, scoring points for creativity and patience, as he was forced to bide his time for a full year in anticipation of the fun he was going to unleash on an unsuspecting public. I like to imagine him giggling periodically over the course of the past year while thinking about the prank.

Of course, Doolittle is no stranger to madcap Twitter hijinks, recently having some fun with teammate Josh Reddick regarding the sewage issues that continue to plague the O.co Coliseum in Oakland.

Another amusing possibility is that some of Doolittle’s Twitter followers were personally invested in his admittedly fantastic beard, and were bitterly disappointed when they thought it had vanished forever.

We can only hope.