Now You Can Take Stock of Your Favorite Jock ... Literally 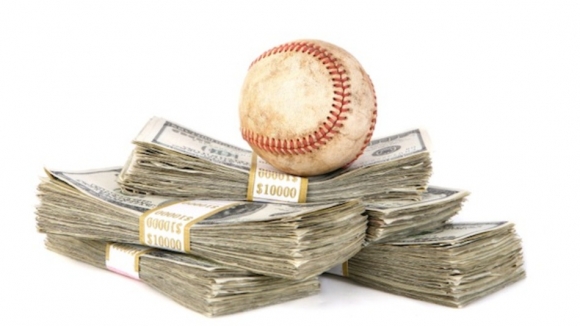 Back in 1997, David Bowie made financial history.

The singer decided to do what megamillion-dollar companies do and went public.

As in issuing stock against his valuation.

And from stardust a new financial instrument was born:

It's actually surprising nobody thought of this before Bowie.

It made much more sense than depending on a valuation formula where the key constant was that real-estate prices would always rise year-after-year.

In the past few years, the concept of raising sporting bets to the level of white-collar gambling -- ie- the stock market -- has been taking shape via an outfit called Fantex:

Fantex first set its sights on NFL players, where the premise of cashing in today on an uncertain career span should strike them as quite appealing. As to the investors, caveat emptor:

For the record, Foster got hurt before his IPO could go forward. Bummer for him.

Instead, Vernon Davis became the Fantex poster boy, collecting $4million in exchange for 10% of his future earnings. That means Fantex valued them at just over $40million.

Still, more than most sports, football players are a crackback away from being done, and NFL salaries are almost never fully guaranteed.

So Fantex started moving into endeavors like golf, where the biggest occupational hazards were the yips and mad wives.

Better yet, they discovered baseball, where all the dosh is guaranteed.

Which is no doubt why ballplayers comprised the majority of Fantex's latest haul: That's a $30.61million hard-cash layout, if Fantex can find enough takers when the IPOs are launched.

Both baseball and golf have strong fantasy fan bases, and a strong contingent of each are stat-mad. Odds are they'll have more detail in their research than the average stock-market investor.

The question will be if they have the wallets and/or the incentive to match their research.