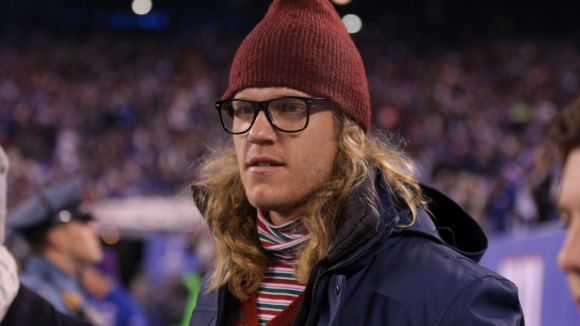 There are a number of unwritten MLB rules that produce elaborate slapfights when not followed.

But for everyone of these silly pretend guidelines, there's an actual rule on the books that is more or less ignored.

One of these happens to be that old chestnut about pitchers holding or using a foreign substance on the mound.

We now know how Noah Syndegaard feels about this nonsense, after some incriminating video surfaced of the New York Mets pitcher possibly handling some contraband on the mound:

But Thor, think about the children!

Hammer of the Gods may find this amusing, but the countless conspiracy theorists and basement dwellers who care about such things launched into full hall monitor mode in an effort to rat out the 26-year old.

Dude really doesn't give a shit.

Well, after the scandalous video went viral, Syndegaard casually explained that the baseballs felt like ice cubes on that cold night in question, even inviting the assembled media to try and imagine a dog attempting to pick up ice cubes.

The haunting imagery aside, you'll notice that the mighty Thor didn't exactly deny anything.

In fact, he more or less confirmed it.

But the question stands, does anyone really care?

It's well past time we stop worrying about trivial shit like this, or creative NCAA recruiting, and redirect our focus elsewhere.

In the meantime, if you're looking for a more definitive statement from Thor, just ask him about Game of Thrones.