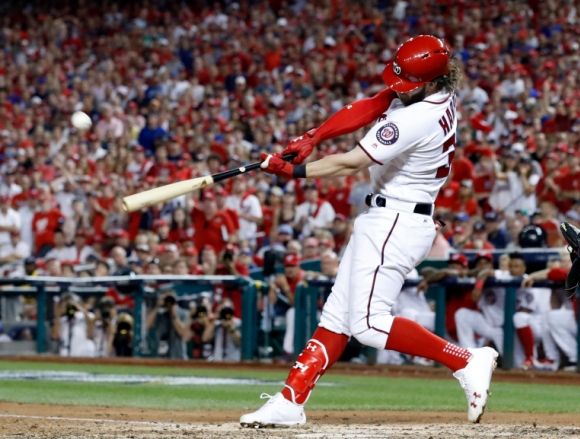 It didn't take rocket science to realize Bryce Harper had to come alive if the Washington Nationals had any hope of an extended post-season.

So, when his eighth-inning swing launched a rainmaker that tied Game 2, it sparked the dynamics of contagious confidence to produce a five-run uprising that catapulted them to a 6-3 comback victory.

The other big bat it woke up was that of Ryan Zimmerman.

This result now means Chicago is the only team in the post-season that hasn't bunched a burst of offense.

Both clubs managed six hits in Game 2, but the optics of Washington's double-dinger eighth trumped that of Wilson Contreras' solo shot in the second.

The Nats took the season series against the Cubs, four games to three, which wasn't exactly a margin to justify bragging rights.

But it seems they've been preparing to get the knives out for a while, now.

And then the Nats did some twisting:

This series could be interesting in more ways than one.