NLDS: Groundhog Day for the Nats As Chicago Wins Game 5 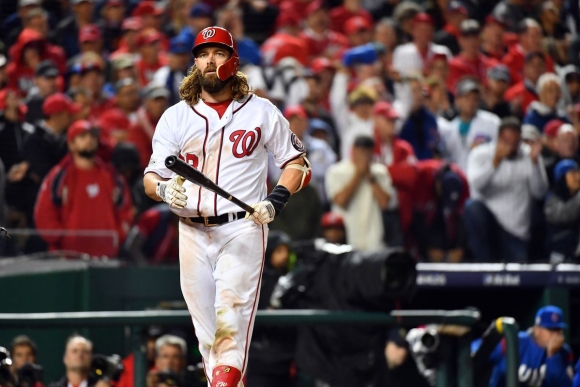 Maybe this is just the revenge of the Expos.

Montréal hosted a feisty franchise until the likes of then-Commish Bud Selig and überweasel Jeffrey Loria conspired with the likes of John Henry to bankrupt the club and move them to Washington.

That's the city where its other pro teams, in no particular order, already has:

The Washington Nationals just gave another reason to believe it in an NLDS decider that, for them, resembled a 4-hour, 37-minute version of The Shining.

Yeah, a lot of that goes on in Washington.

And evidence of it was everywhere in Game 5, as the Chicago Cubs did their bit to help the Nationals implode:

The Cubs did what defending World Series champions who've been there and done that do.

The Nationals? Let us count the ways:

Gotta ask yet again in these playoffs, how hard is it to not be the dude in the red shirt in a title drive?

Sure. Be out there with your weapon drawn and then stand straight up.

Coulda played for the Nationals.

We've seen it all before.