NLDS: Cubs Grind Out Game 3 with Pitching and Taunts 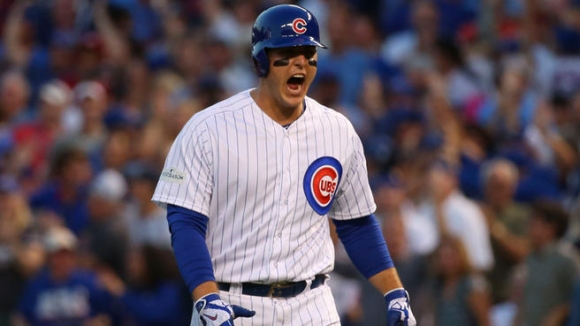 This was the sorta grinder you'd expect to see in the swing game of a series.

The Washington Nationals have stumbled in an NLDS so often -- three times in the past five years -- it's gotta play with their minds.

And somehow, at least one Chicago player still shows signs of Cubness lingering in the nether regions of his psyche.

Of course, the Nats do seem to have that air about them.

They're good. They know it. They're suave and debonair.

You can't be uptown until you move uptown.

The only way to do that is to play ball.

What unfolded wasn't about respect:

Maybe Rizzo didn't realize he was a lefty facing a lefty with a wicked down-&-away slider. Maybe he forgot the Cubs' righty cleanup hitter, Wilson Contreras, was on deck.

And perhaps he didn't notice that his weak looper landed in the Bermuda triangle.

Rizzo can call it what he wants. Washington made the right moves.

They'd call that living in it.

So the Nats have nothing to show for it other than the possibility of being eliminated in Game 4.

Cubs starters have surrendered only one run on six hits over 18⅔ innings. Nat batters are hitting .121 for the series.

That's not being suave and debonair.