Published on 7-Oct-2017 by Alan Adamsson 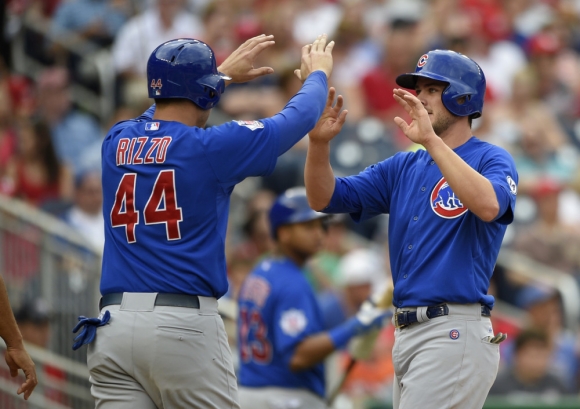 In a homer-happy October, a rare pitching duel broke out as the National League Division Series got under way.

As irony would have it, Washington Nationals ace Stephen Strasburg had a dominating outing, but the crafty Cubbies from Chicago still found a way to win.

In so doing, the defending World Series champions became the first road team to win a playoff game this year.

What with baseballs being bashed all over the yard in various venues, this was the game that finally featured an actual pitchers' duel:

For Strasburg and the Nationals, though, this is the stuff of curses.

Washington has yet to win a playoff series, and when a prime performance like this winds up not being enough, one can but wonder what's gonna happen to them next.

There are subtle reasons for why one dynamic bat can spark an entire lineup.

That role for the Nats belongs to Bryce Harper, who still didn't quite look like himself in this game. Manager Dusty Baker said as much, which is why Harper was in the No 2 slot. Baker didn't want to put him into pressure-RBI situations yet.

After a sharp single in his first AB, Harper flied out, punched out, and popped out.

Harper won't, but he's gotta provide some pop if this series is gonna get extended.

Meanwhile, Kris Bryant and Anthony Rizzo were kept in check by Strasburg through the early innings -- two punchies each -- but rallied to do the Bryzzo when the rubber met the road.

The very nature of a short series -- and that perfectly describes best-of-five in a baseball sense -- is that Game 2 is a virtual do-or-die for one team.

Thus, if Washington has any advantage whatsoever, it's that they're gonna be dealing with it at home.