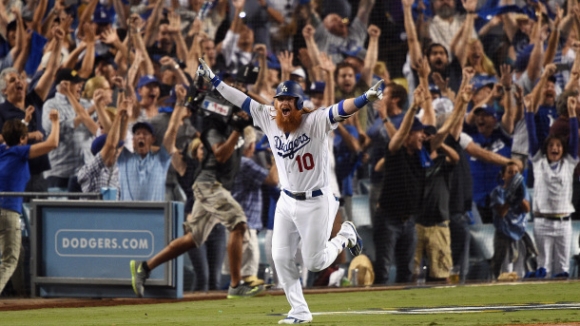 Joe Maddon and Baltimore's Buck Showalter are a pair of crafty managers.

Far from the go with your gut instincts of Old School baseball lore, these OG's usually have a well-reasoned basis for every move they make.

That doesn't keep them from getting scorched from time to time, though.

It goes with the territory.

With one out in the 11th inning and two Jays on base, it seemed like a perfect situation to summon All-Star closer Zach Britton. Showalter chose to do otherwise, choosing to stay with Ubaldo Jiménez.

That didn't go so well.

Frankly, neither did his post-game interview when the obvious topic arose.

Fast-forward to Game 2 of the National League Championship Series:

Maddon was just as unapologetic as Showalter and actually replied with a more complete rationale.

The Cubs, of course, are in a seven-game series, where the strategies are generally more lifelike as opposed to the weird stuff that shows up in an elimination game.

As a rule, relievers usually have two go-to pitches that they can throw balls-out in short bursts, like a couple of innings.

If hitters are able to see them up close and personal night after night, they get a longer look than usual.

Some would say this is what did in Andrew Miller -- and even Aroldis Chapman -- in last year's World Series. The bullpens were just too short; Cleveland's Terry Francona paid for it and New York's Joe Girardi almost did when Rajai Davis went deep on Chapman.

Small sample size, but it helps to reinforce Maddon's thinking, and to an extent, Showalter's.

However, Wade Davis is unique in that he's got command of three pitches.

Now we know why.

At least Davis will be well-rested for Game 3 in the friendly confines of Wrigley Field.