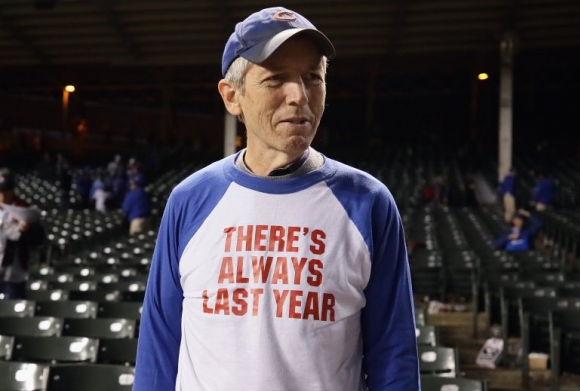 It seemed like a 108-year curse had been put to rest last season.

However, in this National League Championship Series, the Chicago Cubs have rekindled memories of the bad old days.

That would include the 2015 NLCS, when the Fuzzies never led against what now appears to have been a mini-miraculous New York Mets club.

This post-season's Cubs are literally handing games to the Los Angeles Dodgers.

Game 4 had the feeling of Cubness lurking the same way someone might think they're a recovering addict, momentarily ignoring the fact they're still an addict.

It all contributed to a 6-1 game that featured even more Cubness, but also with the Dodgers' Chris Taylor contributing MLB's latest red-headed stepchild stat:

Part of that, though, is due to a Los Angeles bullpen that's the exact opposite of the Cubs' in the three games to date:

Meanwhile, the Dodgers are so deep, they slotted three new players into their starting lineup -- Joc Pedersen; André Ethier, who as we saw, immediately made his presence known; and Chase Utley -- and didn't miss a beat.

Still, they've had help building their 3-0 series lead. Time and again, the Cubs have been doing it to themselves.

Chicago's gonna have to out-idiot the 2004 Red Sox to get outta this.