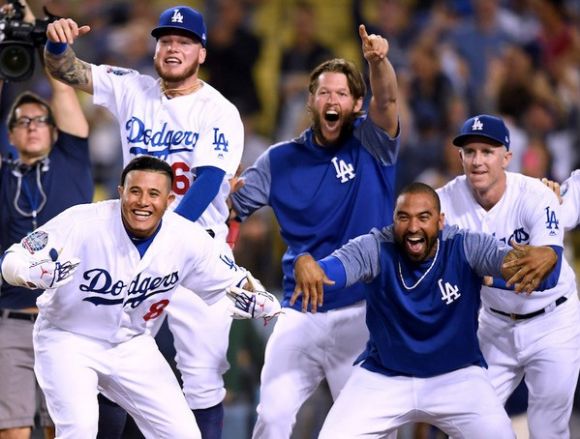 Justifiably, when the Chicago Cubs won their first World Series since neon lights were invented, a fairly big deal was made of it.

Surprisingly, the Los Angeles Dodgers have only claimed four more titles than the Cubbies.

It only seems like it must've been more because they're pretty good at getting there, but that's usually where each story ends.

Counting this season, the Dodgers franchise will have matched the Giants by making that trip 20 times. Only the Yankees have been there more.

The last time they were victorious, it'd be six more years before Karen Walker and Tony Buehler would christen their son who had a huge role in making this trip possible.

Dude had proven himself ready for it, too.

Walker Buehler got a taste of big-time pressure when he pitched for the Vanderbilt Commodores. A first-round draft choice by the Dodgers, he went on hiatus for the TJS thing and then quickly moved up the ranks.

By season's end, manager Dave Roberts trusted him enough to give him the ball for Game 163.

So, when the NLCS Game 7 rolled around -- a series where no one's surprised at anything anymore -- who else would take the hill?

Buehler took care of his end of the deal, and his buds with bats supported him by paying attention to detail:

All the Dodgers needed to top off their 5-1 clincher was for Clayton Kershaw to say hello. And he did.

So there it is, an upcoming battle of the big brands.

It'll be the bashin' Boston Red Sox against these move-a-minute Dodgers, who'll use every trick and tool in the book to make the 20th time a charm.