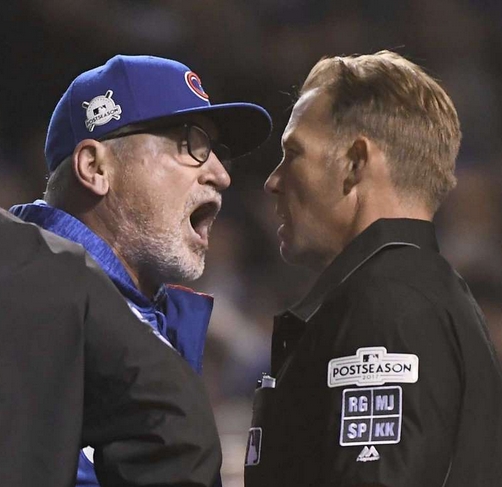 As an aside, Chicago Cubs skipper Joe Maddon is 2-2 in the National League Championship Series.

That's not the Fuzzies' record in it.

It's Maddon's numbers for games where he's stuck around to see the finish.

At least Maddon hung around long enough to view the five bombs -- solo shots each -- that accounted for every run in this 3-2 game that enabled his club to fight another day.

There wasn't much doubt the wind at Wrigley was blowing out.

Maddon's put together a couple of interesting ejections:

So would Earl Weaver.

Maddon's got a long way to go.