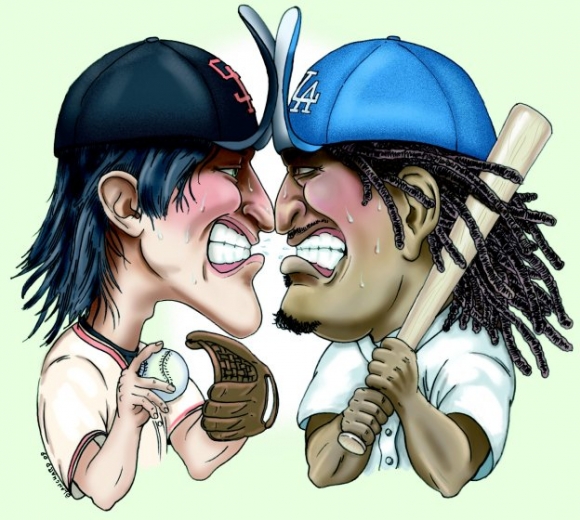 After deflating Cincinnati's tires with three straight victories to close out a decent road trip, the San Francisco Giants flew back into Frannie-town with their offense clicking on all cylinders.

G-fans felt much better about their team's chances against the first-place Los Angeles Dodgers with their new Hunter Pence additive gracing the tank of the World Series champion Orange & Black Machine.

With both teams enduring injuries to key starting pitchers -- yet still finding the ways and means to keep on winning -- the old rivals are filling in the gaps with the B talent.

While the old Hudson's not exactly going to frighten the field at the Indy 500, he might at least get productively wild and scare the bejeezus out of Dodger hitters that way.

What with Yasiel Puig hitting the DL, Los Angeles still fashioned a strong outfield -- van Slyke-Pederson-Ethier -- but it only went a combined 2-11 against Hudson. Not sure the flamboyant Cuban would've make much of a difference.

As if that wasn't frustrating enough, a re-vamped Tim Lincecum held that group -- this time, Guerrero-Pederson-Ethier -- to a 1-10 output tonight as he blanked the Bums, 4-0 and pulled to within 2½ games of their lead.

The Dodgers are now on sweep-alert in tomorrow's series finale. Safe to say the Giants are cruising. 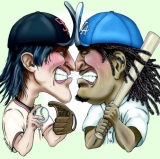 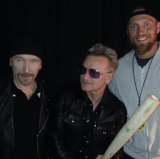