NL Pitchers Have Declared War on the DH 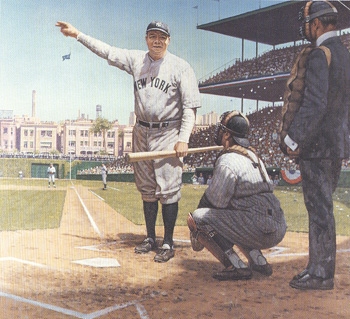 The story goes that, back in the 1960s, one of the worst-hitting pitchers of all time was asked how he was doing at the plate.

It was Hank Aguirre of the Detroit Tigers, and he replied that he was currently 1-for-3.

Not bad, was the response.

No wonder the American League set the stage for Ron Blomberg to go down in history.

Here it is, 43 years later, and while the designated hitter is firmly established in the AL, the National League has yet to buy into it.

Amazingly, neither has the majority of fans. Make it to Page 2 of the 12 May 2016 Public Policy Polling press release, and it's right there that fans are 62%-to-25% in favor of pitchers hitting.

And, as good science does, the paper clarifies that this poll was taken just after the living legend that is Bartolo Colón went deep:

Dude's just the showpiece, though.

This season, NL chuckers have been hammering those predictable heaters they're summarily served.

For example, fresh from Valhalla, Thor and Mjölnir recently went all berserker on the Dodgers:

Then there's the Cardinals' Adam Wainwright, who only needs a single to complete a season-cycle.

The St Louis ace has a pair of doubles. He went overland for the triple and upper-deck for the dinger:

Only one pitcher's gone yard against Clayton Kershaw.

And Madison Bumgarner's done it twice. Here's this year's feat:

No one's gonna be selling these dudes for seed money to produce No No Nanette. Or whatever.

But the public has spoken.

And the Senior Circuit's pitchers are putting on a show as they deliver.