NL at the Break: The Usual Suspects in the Usual Places 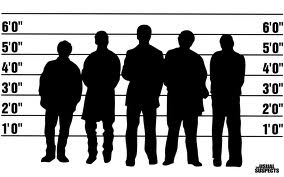 While the All Star game has the spotlight today, the National League looks like most people thought it would as we reach the break.

The Washington Nationals and Atlanta Braves are fighting for first place in the East, as many people thought they'd be. Even though the Braves have been hit hard by injuries, the pitching has held up, led by Julio Teheran, while Freddie Freeman and youngster Tommy La Stella have been steady on offense. A ways up the I-95, Washington has gotten great production from Adam LaRoche and Jason Werth, while Doug Fister has been solid on the mound.

The Nationals and Braves are looking over their shoulders at the Miami Marlins, who are suprisingly within five games of the lead and expect to stay close with offensive weapons like Giancarlo Stanton. José Fernandez being shelved and awaiting Tommy John surgery was a huge loss for the Marlins, but they have a penchant for pulling up prospects out of a fairly well-stocked farm system who can contribute to the cause.

Milwaukee has slipped a bit -- OK, a lot --in the Central Division, putting St Louis, Cincinnati, and PIttsburgh back in the race. Cheater Ryan Braun has had a solid year for the Brewers as has occasional bat-snapper Carlos Gómez and Aramis Ramírez. The Cardinals are always in the mix, and the defending league champs still figure to be at or near the top through September, even though mainstay Yadier Molina has been lost for 8-12 weeks due to a thumb injury on his throwing hand.

New Jersey's Todd Frazier is a fixture now for Cincinnati, and the Reds -- under new manager Bryan Price -- are looking for a long run into October. Alfredo Simón has been a wonderful surprise on the mound, while Johnny Cueto is sporting an earned run average just over 2.00. And don't sleep on Pittsburgh; the Pirates have righted their early-season listing ship and expect to play in October for the second straight season after missing the playoffs for the previous 20.

In the West, it's all Dodgers and Giants, one of the best rivalries in sports. San Francisco jumped out of the gate with a big divisional lead, but Los Angeles -- the team that plays in Los Angeles -- is led by the phenomenal pitching of Clayton Kershaw and has now passed the Giants, who struggled in June.

What's more, inclusive of these teams, there are a total of eight NL clubs within 3½ games of a playoff spot. That will again make for a few tense decisions at month's end when the non-waiver trade deadline forces teams to be buyers, sellers, or abstainers.

Tonight, they'll all be pulling together, trying to secure the home field for the World Series. Then, they'll get back to the business of attempting to pull away from each other in the standings.