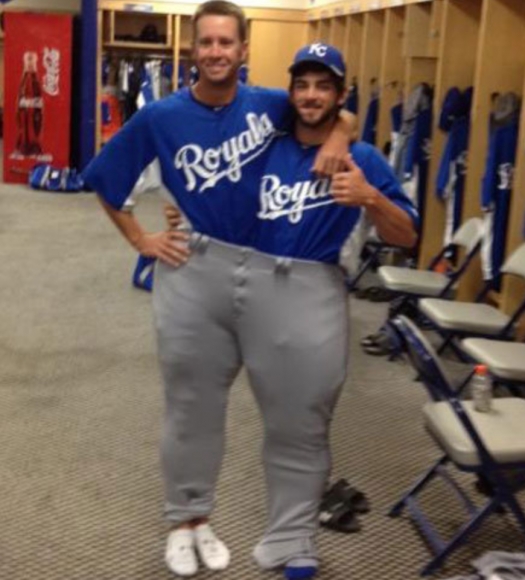 The 25-man roster rule has been in effect in baseball since 1968.

To put that into perspective, the NFL-AFL merger was still two years away.

As you may be aware, baseball is a very old game.

Old things take a long time to change their rules.

After all, MLB was the last of major four sports leagues in America too add replay.

Now, after 48 years, the 25-man roster rule might finally be changed.

The MLB Collective Bargaining Agreement (CBA) between the owners and players comes due on 1 December. Among the items up for discussion is roster expansion.

They'd go up to 26 players for the entirety of the season. Sounds like a good thing, right? More jobs to go around.

In exchange for adding the extra player, September roster call-ups will shrink from 40 players to 28. Though that would be the limit, teams would reportedly be allowed to change out players, but not on an everyday basis.

September call-ups have been a subject of controversy in recent years. Owners dislike having to pay for costs of having more heads in the dugout. Others make a valid point that it virtually changes the game that's been played up to that point of the season.

There's also the issue of game times increasing, as managers have more pitchers to bring in. Game time, for the ADHD among us, is the biggest issue in baseball today.

Game times probably won’t improve, even if September call-ups are eliminated. The most likely addition to the roster is a 13th pitcher. Hooray for pitching changes!

It could be a good thing for veterans who'd otherwise find themselves out of work, in the minors, or overseas.

Then again, there may already be too many players who have big league jobs.

Regardless, any CBA agreement is better than a lockout from the fans' perspective.

Unless, of course, you're Minnesota Twins fan.