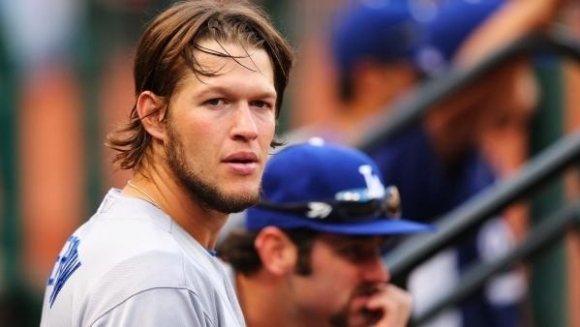 What could Clayton Kershaw' possibly have done to match his phenomenal 2014 season?

Dunno. Because he hasn't done it. Who could have?

But still. This is rarefied air.

Nowhere to go on an individual level, really, after earning both the NL MVP and Cy Young awards.

After a slightly rough start to 2015 -- and yes, for Kershaw, rough means a .500 winning percentage with a barely sub-4.00 ERA before the All-Star game, which he made at the last minute -- Kershaw seems to be returning to his normal self.

Now, it's not entirely fair to say that Kershaw has been at fault for the first half.

While his ERA started a little higher than usual, his K percentage has been lights out, and he's still throwing like the ace he is.

The lefty's biggest issue this season has been run support. With the Dodgers scratching out an average of just 1⅓ runs in each of his losses this season, there's very little room for error on Kershaw's part.

With little offensive backing from the Dodgers lineup, Kershaw is left with one option: Don't allow any runs.

Kershaw took a perfect game into the 7th inning before Curtis Granderson's leadoff single -- one of three measly hits from the Mets -- broke up the bid. Even without the perfecto under his belt, Kershaw still dominated the Mets lineup -- who, admittedly, are sorta Dodgers East in offensive prowess -- with a complete game shutout, his second this month.

Without allowing a single run in his last three outings -- and only allowing one in the outing prior to that -- Kershaw holds a 29-inning scoreless streak. While Zack Greinke still has the edge on him, Kershaw was able to close the gap a bit with Greinke missing a start to go have a baby and stuff.

With his recent scoreless tear, Kershaw has sliced his season's ERA down to 2.51. Now, the Dodgers just need to make some moves for offense to help him out.