Published on 16-Aug-2014 by Xavier McSpaniel 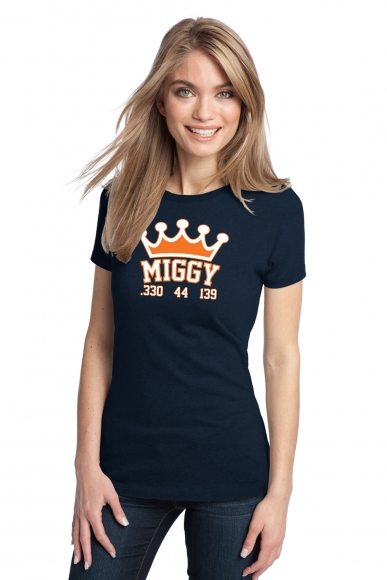 So, everyone is up in arms about the Miguel Cabrera bobblehead gaffe, in which the champion hitter is erroneously credited with winning the National League MVP.

We are not haters here at The Daily Player. We prefer to see our bobblers as nodding rather than shaking their heads.

Consequently, we applaud the designation of Miggy as NL MVP. In our estimation, it's about time.

Cabrera has clearly been better than all of the National League's standouts in the last three years. Andrew McCutchen? Need more than a death stare to be the best. Buster Posey? Couldn't even protect his plate. Ryan Braun? I'm sorry.

Do any of these pretenders have the first triple crown since Secretariat?

Of course not. Big Mig beats all of them with one arepa tied behind his back.

We are nodding in approval.