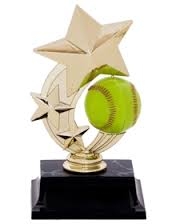 The major league season has reached the quarter-pole. Where's the hoopla?

If the National League's Cy Young was awarded today, the Metropolitans' Matt Harvey would have it on lockdown. His bazooka-like arm features a high-riding heater that explodes up and away in the zone in much the way Clemens and his Pez dispenser did when he was making hitters flail away at the plate like they were a bunch of Jerry's Kids on Labor Day weekend. He will be a gem for the next ten years with somebody else, because the Mets will probably end up dealing him for Jason Giambi or using him to coax Jamie Moyer out of semi-retirement

If the NL Sigh Young was awarded today, it would go to Matt Cain of the Giants. Why Matt Cain, you ask? Just take a look at his numbers and the highlights of his last two starts. There were fans climbing all over each other in the stands just to get onto the field and get their hacks in against him. They were lining up with those oversized, novelty fat bats ...and  PVC pipes ... and two-by-fours, broomsticks, and even those little tiny promotional bats that teams give away to the first 5000 kids under 12 entering the park. Cain's too good to keep this up, though. I'm guessing he'll be lighting it up for them again during the dog days of their stretch.

If the NL MVP was given out today, there are a few candidates out there who deserve consideration. The Rox' Carlos Gonzalez, Andrew 'McCatchin' everything of the Buccos, and Brandon Phillips of the team trying to be another Big Red Machine, just to name a few. After a fast start, things aren't looking Up-ton for Justin as he has fallen off like a blind roofer. So I am going to reserve the right to name an MVP at the halfway point when someone has distinguished themselves enough to be the clear-cut winner.

If the NL LVP award was given out today, I would have to say it has to go to the Los Angeles Dodgers as a team. In particular Andre Ethier. He appears as though he's playing under the influence of ethier or Xanax or something to that effect. So much so that skipper Don Mattingly called out his team, and Andre in particular, by benching him and insinuating to the press that he basically has no heart.

Ethier's got a lot to prove to Dodger fans everywhere. He just needs to show that he actually cares enough about what he's doing, that is, if Mattingly gives him another shot. When the point hits home, I'm sure Ethier will have the opportunity to redeem himself because it would be very difficult to trade a disinterested malcontent.

Stay tuned for next time, when I interview Comeback Player of the Year candidate Travis Hafner about having a face that could make an onion cry.

Then watch as I review the new baseball flick, Dude, Wheres My Team? starring Don Mattingly and Matt Kemp.