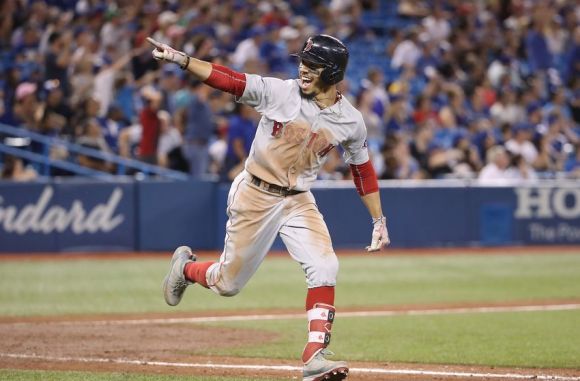 In fact, we hadn't witnessed even one through this entire MLB season.

The Boston outfielder even made it dramatic, waiting until the ninth inning to polish it off with a homer.

Sadly, these heroics didn't prevent the Red Sox from falling to the Blue Jays, 8-5, but no matter.

Mookie was flat-out raking, getting that pesky triple out of the way early in the game.

Everyone in the building seemed to be aware of the cycle possibility in that final at-bat, and the dude delivered with an absolute missile to left field.

This is nothing new for Betts, as the 25-year-old is putting up some silly numbers this season.

Of course, things are going pretty well for the Red Sox in general.

Boston is laying waste to the rest of MLB, currently sitting at an absurd 83-35 as of this writing.

The Mookie for MVP campaign has also been launched, although that baseball savant in LA might like a word.