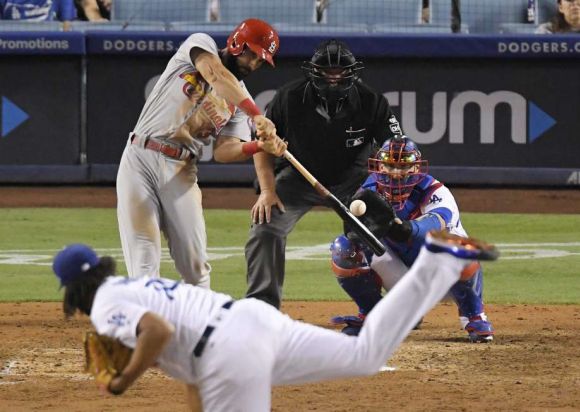 This is like Rip van Winkle waking up too early.

Divisional battles to determine who extends their seasons are usually waged in the realm of October.

This week, however, the scheduling gods have graced us with series that are more than previews of the post-season but not quite elimination bouts.

But they're definitely being played as if they were.

The Wild Card format is doing it's job in spades this season:

Right now, an inordinate number of them are squaring off against each other, and all that's missing is bad weather.

Most of the action's taking place on the West Coast this week:

That four-hour marathon created a three-way tie for the second Wild Card position with the Cardinals, Rockies, and Phillies. The Dodgers are a mere two games back.

Meanwhile, the Cleveland Indians and Boston Red Sox have all but wrapped their division crowns. Thus, their three-game series is for serving notice if they meet in October.

At least those two clubs know they're playing in October. No team can say that yet in the senior circuit.