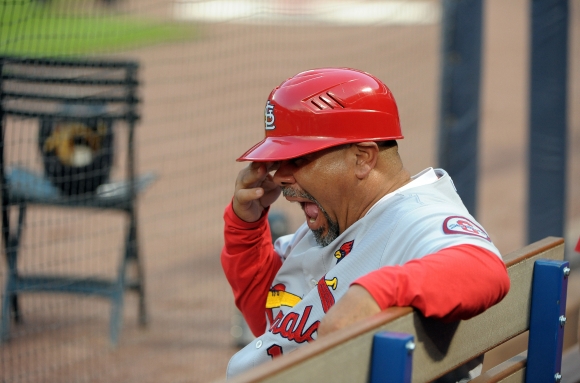 Few would argue that some MLB games tend to drag a bit.

There's no doubt that a nine-inning game shouldn't clock in at just over three hours long under any circumstances.

However, in their continuing effort to shorten the seemingly perpetual length of games, MLB has now crossed the line of common decency, wherever that may be.

Commissioner Rob Manfred and the other empty suits in the league office have decided to test a plan in the lower minors this season involving the complete neutering of extra-inning baseball.

Check out what these geniuses have come up with:

The plan is to begin extra innings with a runner already on second base, therefore potentially expediting the eventual end of the game.

That's right. The same sorta tiebreaker you see in kids' baseball, because few parents want to hang around for an undetermined period. Adult stuff to do, you know.

But at the professional level? What's next? Juice boxes in the dugout?

You don't have to be a staunch purist to realize that this is just plain wrong.

Baseball possesses innumerable charms, one being the fact that a ballgame can go on seemingly forever.

The game has certain mystical properties, and PC crap like this threatens to turn baseball into, well, any other sport.

There are bastardized versions of overtime in other sports of course, but it somehow seems like sacrilege in baseball.

Joe Torre may think this is a good idea, but many don't, including New York Mets pitcher Noah Syndergaard.

If baseball could simply figure out how to curtail the endless dead time that exists in a baseball game, such as stepping off the mound or stepping out of the batters box, or -- perish the the thought -- reducing the commercial break duration between innings, the games would flow at a much brisker pace.

For example, the pitch clock is a very good idea.

In the meantime ,though, please quit meddling with forces you don't understand.