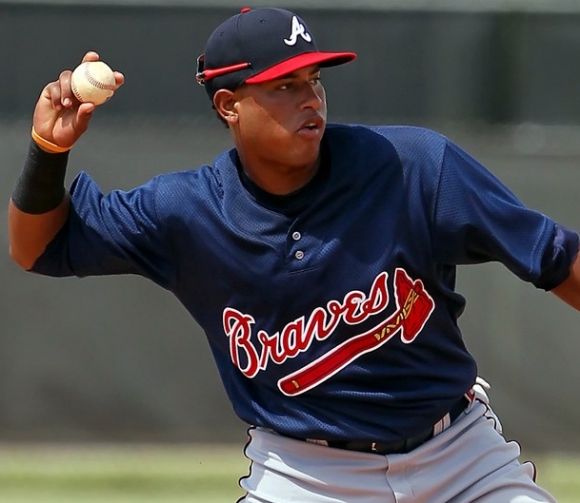 Trying to simplify a complex situation, the Atlanta Braves tried to sneak a dozen of Latin player through the back door.

Seems like MLB had a metaphorical version of a security camera trained on it.

So GM-at-the-time John Coppolella and accomplices had some 'splaining to do.

That didn't work, either.

So Coppolella and international scouting supervisor Gordon Blakeley were fired to the point of being lit up royally.

The Commish banned Coppolella from baseball for life.

The players involved were all declared free agents.

What's more, they can keep the bonus money Atlanta shelled out to them. That's a $20million hit.

The signing period where every other MLB organization can bit for their services runs from Tue 5 Dec to Mon 15 Jan. Any signing after that won't come with a bonus. The Braves get a shot if anyone makes it to Tue 1 May without agreeing to terms, but that won't include a bonus either.

That's why the dudes need agents, and MLB says they all need a fresh start in that regard, too.

Each player has been highly regarded in what was -- and frankly, still is -- the deepest farm system in baseball. The one generating the most buzz is 17-year-old Venezuelan Kevin Maitán.

The Braves had forked over a $4.75million signing bonus, if that's any indication.

Hard to believe the kid could be a grizzled veteran by the time he's 20, but after a solid year against 20-year-olds at the Rookie Advanced level, in the Appalachian League, he'll likely make bank again for some willing club.

Incidentally, the kid's a switch-hitter, too.

It's safe to say the Braves blew it, and the rest of baseball is ready to be fine with tha.