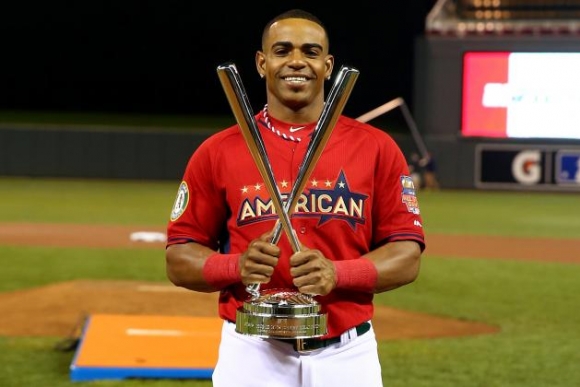 The Home Run Derby has almost become as big as the MLB All-Star Game itself.

Almost, because the derby winner's league doesn't get the extra home game in the World Series.

Nothing is more enthralling than watching sluggers whack homer after homer into the night … at least for 10 minutes, anyway.

Watching the Home Run Derby is fun for the first few batters; however, the event loses its gusto once you realize that the whole event lasts through three hours of Chris Berman yelling, “Back, back, back, back,” which gets even more annoying to those who remember that he stole that call from the legendary Red Barber.

Last year’s derby started showing signs of viewer burnout, as the event produced its lowest ratings since 1997. Just like an old couple trying to spice up their marriage, the MLB has decided to make a few changes to the derby.

The major tweak involves a switch from outs to time, as each batter will have five minutes to hit as many home runs as possible. A dinger launched in the final minute will stop the clock until the next non-home run ball.

Sounds like baseball's version of the two-minute drill or the end-stages of a basketball game, joining those two sports in the annoying realization that time is indeed relative.

The net effect is that the ends of halves and games in hoops and grid are still annoying.

Anyway, back to that part of space-time we know as the present.

Come MLB Blastoff 2015, batters will have the opportunity to earn bonus time depending on how far they can sock one:

Who comes up with this stuff? Japanese game show producers?

This will be a great opportunity for power sluggers like Giancarlo Stanton to get extra bop time. Except Stanton won't be there because his swing is super-human while his body is not.

But wait! That's not all!

MLB will be inserting all of this into the bracket format they introduced last year. Players will be ranked 1- through-8, based on their home run totals for the season to date. The player who hits the most taters will advance through the bracket, with any ties being settled with a 90-second slug-off.

Sure, this is all baseball's version of a keg stand ...

... but baseball is a game based on outs, and the home run derby should reflect that. Plus, who wants to see batters swing at pitches at their ankles because the clock in running out?

If all this razzle-dazzle boosts viewership, kudos to MLB for taking a chance on a new idea. If not, MLB can always show a highlight reel of Stanton hitting home runs into space.