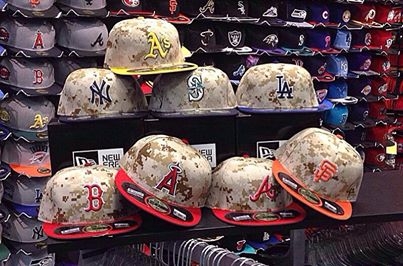 Memorial Day is a time to reflect on the sacrifice that brave men and women make in order for us to enjoy prestigious freedom bestowed upon this great nation.

And incidentally, it would be a damn fine idea if the nation's leaders on both sides of the aisle would honor those who return alive with more dignity and efficiency than they do.

On a infinitessimally lesser level, now is also a time of the season that many baseball fans' hopes and dreams have been derailed by the sacrifices their favorite teams have made. By sacrifice, I mean winning this season.

The phrase: There’s always next year can aptly be applied to teams featured in the Snark Rankings. We're now over a quarter of the way through the schedule and Game 162 can’t come soon enough for these clubs.

Most of these teams were expected to appear as Snark contenders 'way back in Spring Training, or even when pitchers and catchers reported. For some teams, things have gone wrong; horribly wrong.

At the quarter pole, the National League leads in snarkitude, save for Oakland. 'Way to represent the American League, dudes!

Do know the Cincinnati was very close to making this list a clean sweep. Maybe next time.

Never have we felt so confident about a choice for the top spot and for all the wrong reasons. The Brew Crew has the dubious distinction of posting the worst record in baseball, so expect them to remain Numero Uno until further notice.

Ex-manager Ron Roenicke already fell on a grenade for his platoon, so who'll be next to take a bullet for their comrades? Expect Milwaukee to wave the white flag come the trade deadline.

It's safe to say on which side of the trading table they'll be come July. Or June. Or next Friday.

The only thing worse than their play on the field is the stadium they call home. Network Associates Coliseum -- remember when Oakland-Alameda County Stadium was a mouthful? -- boasts the title of worst stadium in pro sports. Thankfully, there have been no episodes of clogged sewer lines this season, so keep your fingers crossed, or your legs crossed if you’re using the facilities.

Coming off a three-game winning streak, momentum is on their side to possibly not rank first in the next issue of Snark Rankings.

Who knew playing Tampa Bay and Detroit would cure their losing ways? Upcoming series against the Yankees, Tigers, Red Sox, and Angels could turn the tides quickly, though. Getting super utility man Ben Zobrist back from the disabled list can also bring a boost to their lineup.

Think they miss Josh Donaldson, Brandon Moss, and Derek Norris yet? Billy Beane could propose a prisoner swap, as it appears unlikely that the reserve troops aren't going to yield better results.

Top Gun SP Sonny Gray had to make a trip to the infirmary after getting hit with a line drive on Sunday.

Time to abort this mission!

Except you, Oakland fans. In the immortal words of Woody in Toy Story, now is a perfect time to panic.

Philly and the Fish swap positions from real life, simply because Miami has 'way too much talent to be in last place in the NL East. That honor should and will be the Phillies by season's end.

Joseph Stalin had a plan once too, and look how well that worked out.

Didn't work out too well for Jack Nicholson's character, either.

Things are going to get ugly in Philly real quick if they aren't already at that level. Come to think of it, isn't that a sports fan's default position there? Just imagine if they hadn't signed Aaron Harang?

Time to call in the MFNG's for reinforcement.

Hope it was grape. That'd be totally worth it.

Manager Walt Weiss received the dreaded endorsement from Rockies GM Jeff Bridich, who stated his job was safe for now.

Injuries and slow starts to key players continue to plague this team. The starting rotation has to be one of the worst ever put out on a diamond in the expansion era. There may have been some equally horrid Federal League or American Association pitchers, but honestly, I ain't got that kind of time.

It's far past the moment to blow things up just like an F-14 taking off from Peterson Air Force Base in Colorado Springs. Or on classic cable talk shows in the golden Midwest.

Speaking of Colorado Springs, why did the Rockies end their agreement to host their AAA team there? I mean it's only like an hour to Denver. Does Albuquerque's launching pad really approximate Coors Field better than one just down the road? Then again, the Rox brass were quite open about trying to grow their marketing footprint.

Carlos Gonzalez has been AWOL all season and is likely to get a transfer off base with one more substandard PT test.

It appears Lieutenant Weiss is safe, for now.

Former manager Mike Redmond was unceremoniously relieved of his command following an awful losing streak. In what's one of the strangest managerial moves in recent history, GM Dan Jennings took command of these wayward Mermen.

But let's be real, here.

The Fish have 'way too much talent to be appearing in the Snark Rankings. They were picked by many in the pre-season as a sleeper playoff team. Well, they've been asleep alright.

Besides Dee Gordon, Giancarlo Stanton, and Adeiny Hechavarria, these guys are flopping around like fish out of water.

Stanton and/or the other two will be representing Miami at the All-Star game later this summer in Cincinnati. Somebody has to wear a bright orange jersey with robin egg blue, yellow, and jet black trim.

At least they get to play the Phillies 13 more times. This could have major ramifications in the Snark Rankings.