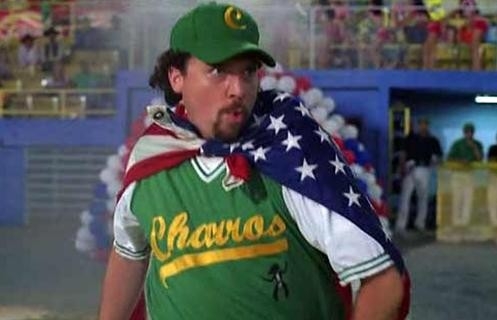 Ttime to wake up, dudes!

The first month of the baseball season has produced an array of exciting and dramatic results, as usual. Baseball is the one sport that produces more Aha! moments than any other, where you see something accomplished -- or not -- that you haven’t seen before.

Between the lines, take the White Sox-Orioles game, for example. Or consider this statement: First-place Houston Astros.

It’s 'way too late in the season to say, It’s still early. Was that an oxymoron? Run-on sentence? Conundrum? All the above, if you ask me, when you put these teams' seasons into context.

One manager, Ron Roenicke, has already lost his job after the Brewers just won two in a row and after he inexplicably had them in first place for much of 2014. But his replacement, Craig Counsell, took the dugout by storm and beat Clayton Kershaw and the mighty Dodgers. If only Dodger Blues was still around to provide commentary.

Today we celebrate Cinco De Mayo, Mexico's celebration of kicking Napoleonic butt. There's a rich tradition of béisbol south of the border, from Fernando Valenzuela to Kenny Powers' comeback tour with the Charros.

Expect a Spanish theme -- just not Taco Tuesday -- around the majors today ...

... and if you need help translating your favorite team's uniform, just click here.

And as a public service, if your favorite team appears in the Snark Rankings, click here.

Los Cerveceros have gotten off to a rough start, and it cost a good man his job. Firing a manger this early in the season is never a good sign, and this isn’t going to help what's already become a lost season.

Look for the Brews to be heavy players at the trade deadline, even if it's over two months away. They do have some nice pieces that could fetch a good haul in return, just don’t expect All-Star catcher Jonathan Lucroy to change jerseys.

Matt Garza and Adam Lind are two potential trade targets, and even 3B Aramis Ramirez if a team is willing to swallow that contract.

The return of CF Carlos Gómez will help the team improve on their -40 run differential, good for second worst in the NL. Only the Phillies have a worse margin at -47. More on them in a moment.

This isn’t the NFL, NHL, or NBA, where tanking will necessarily guarantee you that game-changing, franchise-saving top draft pick, so grin and bear it, Brew Crew fans, and enjoy that Bud Selig statue.

You’re on a three-game winning streak, so let’s keep up the good work and have a couple cerevezas in the spirit of the day.

Raise your hand if you claim to have heard of SS Freddy Galvis before the season started. No fair if you live in the Scranton-Wilkes Barre area.

He may not be the Phillies' only All-Star representative, as SP Aaron Harang has produced great numbers thus far; going 3-2 for this Phillies squad is like winning 20 games. Just give him the Cy Young now. The debate is over.

Poor Chase Utley’s fall from grace continues, as the former All-Star is hitting a measly .103 but does lead the team in RBIs with a whopping 14 on only nine base hits. Talk about bang for your buck!

Only the Chicago White Sox have scored fewer runs in the majors, with 70, so the Phils had better be careful or they’ll wind up leading a category for which you don’t want a blue ribbon.

Why Cole Hamels is still on this team is beyond me. Aaron Harang might be their best trade chip come July. The Phanatic can't even watch. Brutal! 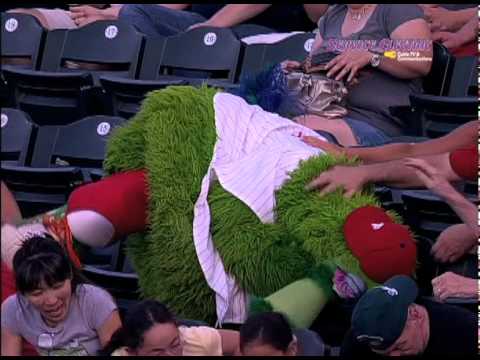 If you happen to be an avid follower of my columns, you’ll recall I picked the White Sox to win the AL Central before the season started. Well, we can throw that out the window.

Off-season acquisitions haven't paid off, and CF Adam Eaton continues to regress in his development.

Maybe they need to bring back Disco Demolition Night, except give it a 21st century update: Compact Disc Demolition Night has a better ring to it. Except millennial’s don’t own CDs, so scratch that. 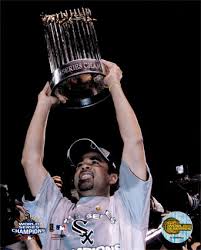 Chris Sale of old. Perhaps 1B Paul Konerko retired too early. Is it too late to talk him out of retirement?

Defending AL Rookie of the Year José Abreu is showing that he is no fluke.

And Jeff Samardzija was so chuffed to be back home. He's been adequate so far, but the same can't be said for the healthy sector of his rotation mates.

Smarting from a four-game sweep at the hand of Minnesota is not going to inspire confidence in a fan base that is celebrating the 10-year anniversary of their last World Series championship. It could be another 10 years at this rate, if they're lucky.

Curse or no, do you think the Rangers want Nelson Cruz back after his recent trip there with his new team, the Seattle Mariners?

Prince Fielder is leading the team in the Triple Crown categories, but two HRs and 11 RBIs isn’t going to cut it from a cleanup hitter.

After setting a major league record by using 63 different players last season, the Rangers already have 12 players on the disabled list, including seven players on the 60-day DL. Yikes!

Four-fifths of their starting rotation is basically gone for the season -- Darvish, Tepesch, Holland, and Harrison -- and über-prospect Jurickson Profar is on that list, as well.

GM Josh Daniels, solution is to bring back Josh Hamilton, who's just starting to crank it up. The phrase, One man’s trash is another man’s treasure comes to mind.

Texas did stop Lone Star State rival Houston Astros' 10-game win streak, but climbing up the ranks of the AL West is no small feat. Who knew the Rangers beating the Astros would be the biggest surprise so far in May?

The Dog Days of August will be in this division quickly.

One of the most miserable sports cities in America gets no relief with their current version of the Indians.

A team with this much talent shouldn’t be this bad, but that’s why they play the games, folks. Otherwise, we could just get out the Strat-o-matic boards and play out the season on a rainy Saturday afternoon.

Come to think of it, the beer's cheaper that way.

Reigning Cy Young winner Corey Kluber was signed to a long-term contract, so there is some reason for optimism.

Playing the White Sox 20 times per year will also give a beleaguered fan base optimism, but right now, this team couldn’t cut it in the Mexican League.

Oh, for the fake memories!