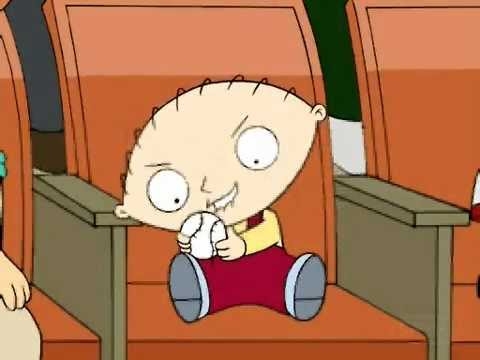 MLB's trade deadline is like none other: full of rampant speculation, misdirection, and flat out false reports, eg- Carlos Gomez to the Mets, or Mat Latos and Mike Morse to the Dodgers.

What is certain is a fair number of players are now required to fill out change of address forms with their local post office.

The Phillies finally dealt SP Cole Hamels, sending the former World Series MVP to Texas for a plethora of prospects who will certainly perform well for the Lehigh Valley Iron Pigs.

Cleveland even got in on the action, sending 1B Brandon Moss to St. Louis, who did what everyone else does after being acquired by the Cardinals; he turned into The Natural:

So, some of the contenders this season -- Cardinals, Blue Jays, Astros -- and maybe some budding suspects for next season get useful reinforcements for the stretch run.

And some are left to snark it up, hoping chips placed on the table now can be cashed in for a profit later. In most cases, much later, if at all.

Progress was made this week, as Cole Hamels, Jonathan Papelbon, and Ben Revere were all shipped out of town.

When the Phillies finally stopped trying to bypass the laws of physics, things were set in motion.

I think Sir Isaac Newton might've been a better GM than Ruben Amaro Jr. He just explained why the Phils blew it by keeping their core together for too long. Defying science is why 1B Ryan Howard is still on the roster! Now, duly chastened and with Professor Andy MacPhail wearing the lab coat, Philadelphia's restocked and defying the basic laws of cause and effect.

Remember, it starts with inertia.

This keg is tapped out. The media guide is already outdated. We haven't a clue where this team is headed, except that Colorado Springs should be kept on speed dial.

The first cursed Seattle team, these former Pilots jettisoned several players at the trade deadline, including star OF Carlos Gomez and SP Mike Fiers to the Astros after a failed trade with the Mets that would've sent Gomez to Queens. The Mets received a nice consolation prize, though.

OF Gerardo Parra ended up in Baltimore and RP Jonathan Broxton headed south a couple of hours on I-55.

Apparently, they couldn't find a taker at their asking price for closer Francisco Rodríguez or 1B Adam Lind. This is no reason to fret, Brew Crew fans, there's still another trade deadline coming up at the end of August because baseball has to play with two separate sets of roster turnover rules.

Milwaukee's buried in the NL Central behind St. Louis, Pittsburgh, and Chicago, so this could be an extended re-building project. Again. Several teams could take note of Milwaukee's haul of prospects for these savvy veterans.

Gives them some sense of hope during a six-game losing streak.

To abolutely no one's surprise, Jeffrey Loria's secret cash machine also found management hitting the sell button faster than a broker on the floor of the New York Stock exchange.

Their starting catcher is now JT Realmuto. Marlins fans, raise your hand if you know who this man is or why he's on the team.

That's right, he's paid the MLB minimum and umpires insist on a defensive player being stationed in front of them.

Miami is quickly spiraling out of control in a lost season that saw them fire their manager because ... well ... why pay two managment types on a losing team when you can make do with one?

Is Giancarlo Stanton due back soon? I miss those tape measure shots.

The Rox finally pulled the trigger on a major blockbuster trade that sent SS Troy Tulowitzki, and RP LaTroy Hawkins north of the border in exchange for SS Jose Reyes and a bevy of pitching prospects.

Tulo wasted no time making his mark in Toronto.

Stud SP Jon Gray made his major league debut tonight against the lowly Mariners. He was on a pitch count, so this line is decent, given the Rocky Mountain highness in all its humidoric spendor:

Those two earnies came in the first inning, so write them off to jitters and there's hope along the horizon. Otherwise you can just stare at those majestic peaks over the roof line at Coors Field. What else would you do at this stadium? Watch the team on the field?

They're not the Blue Jays, but the Rockies do have a formidable offense with some interesting young players, led by All-Star 3B Nolan Arenado, 2B DJ LeMahieu, and 1B Ben Paulsen.

RF Carlos Gonzalez was just named NL Player of the Month for July after popping 11 home runs and 24 RBI's. We knew he had it in him after a dreadful start.

Offense has never been a problem in the Mile High City. Just ask Mike Hampton.

As expected, Moneyballin' GM Billy Beane was a wheeler and dealer at the deadline, and he his return on investment was impressive.

Between the Scott Kazmir and Ben Zobrist trades, Oakland should be set up for a nice future until those prospects blossom into stars, forcing Beane to turn right around and send them away from the East Bay.

Oakland is two games behind the Mariners for last place in the AL West. It'll be an intriguing stretch run for these two bottom feeders as they jockey for draft pick status.

On the bright side, maybe these prospects will get to play in a new stadium by the time they're ready for the show.

If the A's are unsuccessful landing a new stadium deal, they will all suffer the wrath of Raiders K Sebastian Janikowski as NFL training camps are in full swing. 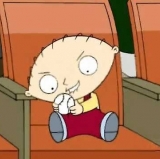 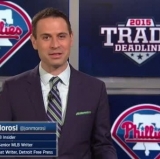