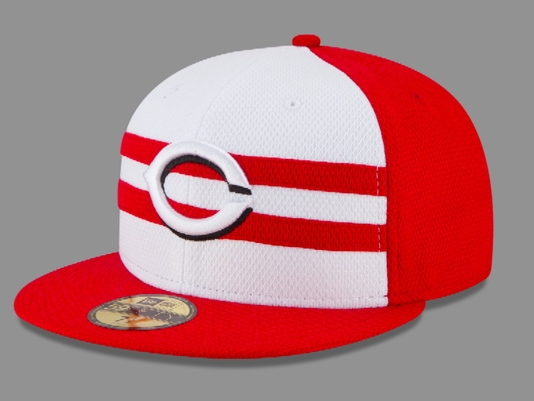 OK, baseball fans, it's that time of year to reflect on your team’s performance at the All-Star break through reasoned, statistical analysis.

Remove all emotional connections to your hometown team and take a deep breath. In other words, is the glass half full or half empty?

It's been a while since we’ve checked in on the Snark Rankings, which is due in large part to the fact that your favorite author works for a strong Snark Rankings contender who painfully concluded their first half by making two of the silliest errors on the same play as you’ll ever see from a major league team, or minor league team, or from a dad’s pitch to kids tee-ball game.

All right, for some teams, it's not about being half-full or half-empty. They're just happy to have the damn glass.

Cincinnati is dangerously close to finding itself on themselves on this list once they're done hosting the All-Star game and all the hoopla surrounding the Midsummer Classic.

Reds fans are astute enough to know better than to stuff the ballot box and let it suffice for Todd Frazier to start at 3B for the NL. And by the ninth inning, their expectations were lowered to the point that Reds closer Aroldis Chapman hitting triple digits on the gun was satisfaction enough.

Too bad ESPN went and ruined it for Pete Rose, otherwise this could’ve been a decent celebration, welcoming back a man blackballed from the game for over 25 years. Rose will have to remain on Elba Island forever after the latest revelations of his gambling addiction. Let’s not pretend it’s not an addiction like drugs or alcohol, and you can simply choose not to gamble. Please tell me Rose only bet on the Reds to win.

One team Rose should not bet on to win is the 2015 Philadelphia Phillies. Coming into break with 62 losses is astonishing. GM Ruben Amaro Jr still at the helm of this ship is even more astonishing.

I don’t even know what to say. The young female horses are a six-game losing streak from dropping below a lousy .300 winning percentage and are on pace for 112 losses. Fantastic! Let’s go, Phils! They aren’t quite the 1899 Cleveland Spiders, 1962 New York Mets, or 2003 Detroit Tigers, but it’s going to be a beautiful disaster.

If Ruben Amaro Jr finishes the season still in the GM chair, there are going to be riots in the streets. Outside of rookie phenom Maikel Franco, the prospects aren’t even panning out.

To really rub salt in the wounds of Philly Phanatics, the four-letter network's site still has Ryne Sandberg listed as manager, which raises the proverbial question: If a tree falls in the woods and nobody is around to hear it, does it make a sound?

In Philly, yes. They know how to boo.

18½ games out of first place have the Brews tapped out. No more happy hour specials for this crew, and last call has come and gone months ago.

There's no doubt the Brewers will be sellers at the trade deadline, and they do have some intriguing pieces that teams in contention could really use, like Adam Lind, Aramis Ramírez, Carlos Gómez, Matt Garza, and Francisco Rodríguez, to name a few.

On a lighter note, OF Ryan Braun made the All-Star team for the first time since he served a 50-game suspension for using steroids. He was named to replace Matt Holliday, who did everything he could to recover from a quad injury so he could play. Everything natural, that is.

Is there a more disappointing team in the first half than the Fish? Losing slugger Giancarlo Stanton is a huge blow to a team that is nowhere near where they should be. Now, they lose All-Star 2B Dee Gordon to a dislocated thumb. Ouch! No pun intended.

So far, we’re 3-3 on managers being fired by Snark Teams. Actually, Sandberg resigned, but who could blame him?

Miami will be an equally fast seller as the Brewers and Phillies. It'll be a yard sale the likes of anything we’ve seen since Black Monday in October 1987.

Marlins brass couldn’t possibly think they’re still in the race at only 11 games out, could they? These dudes -- on second thought, make that duds -- open the second half on a ten-game road trip to Philadelphia, Arizona, and San Diego before hosting division leaders Washington. Their season will be quickly decided over the next two weeks, and rightfully so.

At least South Beach doesn’t have to be held hostage with The Decision: Part Deux. Anyone in South Florida have an issue with Ryan Tannehill’s contract? I’m about as disinterested in Marlins baseball as Floridians. Ndamukong Suh should be exciting in aqua and orange. Maybe as much as Jaromír Jágr in navy, red, and gold.

What in tarnation is going on in the National League? They boast the top four spots in the Snark Rankings and the Reds are just a notch behind the A’s for fifth.

This is really a sad state of affairs in the Mile High City. Manager Walt Weiss has already received the dreaded vote of confidence at least twice in the first half. Pitching continues to be the Rox's Achillies' heel, posting a team ERA of 4.82 in the first half, good for 29th in all of baseball. Can you guess which team has the worst ERA? Hint: you’ve already read about them, and the dude who's keeping them within striking distance of the Rockies is gonna go soon.

Incredibly, given their standing, Colorado sent three-quarters of its infield to Cincinnati to play for the NL. They probably would’ve made it a clean sweep, had 2014 batting champion Justin Morneau been healthy in the first half.

No Rox chuckers took part in the All-Star festivities, needless to say.

In fact, the last Rockies pitcher to be selected to an All-Star game was Ubaldo Jiménez in 2010, and he actually started that game.

Perhaps the Rox and Mariners could combine forces and be competitive. Could Troy Tulowitzki hit at Safeco Field? Could King Félix thrive at Coors Field? Inquiring minds want to know, mainly because they have the time for it. They're sure not whiling away the hours calculating playoff possibilities.

Finally, the A’s break up the NL's stranglehold on the Snark Rankings. This isn’t entirely unexpected, as Oakland traded away some useful players in the off-season and seemed to be in rebuilding mode until they signed Billy Butler and traded for Ben Zobrist.

If anybody can explain the logic or rationale behind Billy Beane and this chapter of Moneyball, we’re listening.

Does everything Chris Pratt touch turn to gold? Forget Brad Pitt. Pratt is the new shining star in Hollywood. The late, über-talented Philip Seymour Hoffman turned in an Oscar-worthy performance as A’s Manager Art Howe, and who can forget Jonah Hill trying to shed his Superbad persona and look professional and respectable?

But here he is, more than a few calories ago:

Anyways, back to the real life Moneyball, where Oakland currently sits in last place in the AL West ,battling the Mariners for the stigmatic title of cellar dweller. Add another team to the seller’s list, as Beane will likely continue his trend of turning over a roster faster than UPS at Christmas time.

Except for the realists out there, fans will now look for their teams to improve in the second half. But they'll know things have gone south if they don’t recognize any of the players come August.

Having said that, Philly fans would rejoice at the thought.

Media guides are available at your nearest team store for reference, and be sure to tip your server. 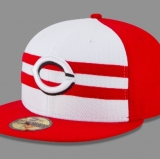 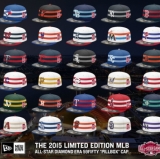