MLB's Top Pick Said No to 'Stros, Yes to Yavapai 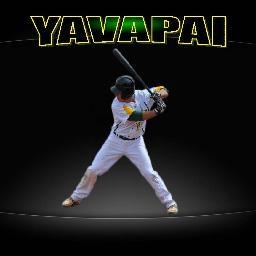 It made Aiken only the third prepster pitcher to claim that distinction.

The other two didn't fare so well.

And so far, the third time hasn't been a charm, either.

In walking away from a contract with a $5million bonus, Aiken also became MLB's third top-overall selection to spurn a deal and go back into the draft pool.

Luhnow took muchas críticas for the entire episode, but he'd been in a similar situation as the St Louis farm director, where his caution saved the Cardinals mucho dinero.

Is the Aiken family so wealthy that they couldn't be bothered to even return a call to the Astros? Had their communications soured so much that something was lost in the translation? That can happen, and stuff often ends badly when it does.

Given how blatant Aiken's 'advisor' was in his public criticism of Luhnow, Aiken's lucky that colleges didn't consider him as having a full-blown agent and thus forfeiting his amateur standing. And JuCo regulations in that sense are looser than the NCAA's. So he still has school as an option.

And according to the scouts -- always in the rumor-mill vanguard; they have the time between pitches -- Aiken has opted to take his No 1 overall talents to Yavapai College in Prescott, Arizona.

It's no surprise he chose a junior college. Unlike four-year schools -- where MLB rules stipulate players can't be drafted until the summer after their junior year -- JuCo players are draft-eligible after each season. Many JuCo conferences also use wood bats, just like the pros.

And college conferences at any level don't come more challenging than the Arizona JC league. These teams have a 25-game fall season -- where it's not uncommon for them to play MLB's fall rookie teams based there -- and a spring season with a slate of 60+ games.

It's an environment that combines grass-roots ball with big-time aspirations.

Well, it appears they're getting one freshman they can pencil into the rotation right now.

Aiken will be as close to rookie ball as he can be without actually being in rookie ball.

And without a $5million bonus.