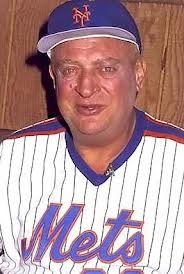 In scanning today's MLB wagering menu, it looks like Jeremie Guthrie still isn't getting much respect from oddsmakers.
Last week, with his Royals a slight underdog in Baltimore, we went with the streaking Guthrie who was coming off a record-setting performance and it paid off.
I also said we would ride that horse until we fell off. So it's time to saddle up again.
Guthrie entered last week's game having set a club record of 17 straight starts without a loss. He won. So the question is, how could you not put your money where his arm is now?
Guthrie looks for 19 straight without a loss and could have a great opportunity against the struggling LA Angels of Anaheim.
The Angels have lost six of eight at home, and you will see in the Bovada data tool on our Home page that they've scored a whopping seven runs over their last three games, which includes an 11-4 loss to Kansas City on Monday.
And while Guthrie has been stellar for KC, Angels lefty Jason Vargas (1-3; 4.26 ERA) has been off and on so far this season. Certainly, he is a risky proposition considering he struggled against Houston (of all teams) in his last start. In that game, Vargas allowed five runs and ten hits in less than six innings last week before the Angels' bats bailed him out late in a 6-5 win.
Making KC even more appealing is the Royals' success versus lefties. They're hitting a blistering .294 against lefties on the season, and only the Dodgers (.299) have a better mark against southpaws.
Don't be surprised if Albert Pujols has a quiet night because he's had plenty lately, batting .171 since April 21st.
You read all this and you'd think betting on the Royals would demand a hefty bit of juice to put out there. Not at all the case. In fact, the Royals are +110 on Bovada, and that is simply too hard to turn down with all the factors listed above. It seems people still haven't caught on to Guthrie's success, and that's fine with me. The price is right to back him again.
My pick:  Kansas City Royals     +110
---
UPDATE:
Result ... Los Angeles Angels of Anaheim 6 Kansas City 2     Angels cover
DAILY UPDATE