Published on 4-Aug-2017 by Alan Adamsson 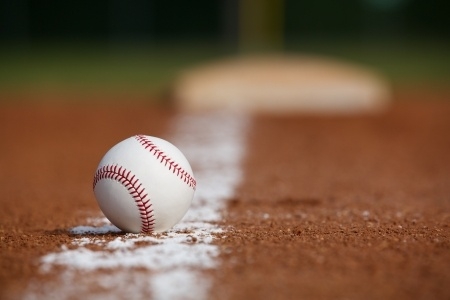 The sports world in general hardly raised an eyebrow back in 2012 when one of Wall Street's biggest and most influential brokerage firms set up shop in Las Vegas.

Cantor Fitzgerald had entered the world of sports betting and brought stock market tech with it.

The online era of automated sports gaming -- instant wagering on in-game props and all -- was underway.

The opening came a year earlier when Nevada rushed a bill through its legistlature to legalize online gambling. It was intent on becoming the first state to do so.

Thus, it got a huge jump on New Jersey.

The Garden State's been hustling to catch up ever since.

Now, they've got a chance to do it.

What many thought to be against all odds, the United States Supreme Court has agreed last month to review a lower court ruling that bans sports gambling in New Jersey.

That doesn't mean they'll overturn it, but it's a strong indication they're intrigued by the possibility.

Clearly, the major sports organizations -- pro and amateur -- have been paying close attention for some time. When the moment comes, they'll be ready.

There's a mistaken belief that MLB's Judge Kenesaw Mountain Landis originated the game's policy of lifetime bans for players whose actions -- proven or not -- seemed suspicious. The practice first appeared in 1881.

Now, one of the more progressive of baseball's commissioners -- beloved by many fans because the owners hated him -- is saying that MLB's embrace of gambling is inevitable.

As he sees with the other sports, Vincent is well aware that as soon as MLB has all its bases covered to squeeze every possible revenue stream out of sport betting, they'll be all in.

This will include everything from licensing sports data packages to facilitating prop bets that will keep viewers and listeners attuned no matter what the score.

While the NHL and NBA are usually the more innovative leagues, MLB's almost as set in its ways as the NFL. So if it's starting to change its view, can Roger Goodell's empire of hypocrisy be far behind?

Thanks to New Jersey, it seems like we're about to find out in a year or so.