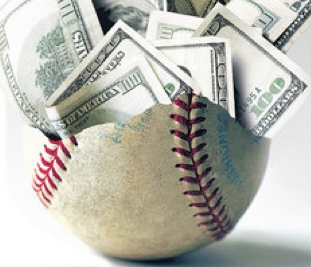 It used to be that any progress in the way Major League Baseball moves forward could be described as, at best, glacial.

But just as whatever's causing those rivers of ice to recede, it seems MLB's lords of the realm are warming up to a significant sea change themselves.

For the past two years, the game's Commish of Time & Space has been dropping hints about expanding to 32 teams.

Rob Manfred has floated the trial balloon so often that award-winning sportswriter Tracy Ringolsby has -- the great WC Fields once said -- taken the bull by the tail and faced the situation.

Dude's proposed a radical overhaul to accommodate expansion and solve a few pending issues regarding logistics. Among other things, he suggests:

Ringolsby contends the additional playoff games will more than make up for the six regular-season gates each team will lose. He also contends travel costs will decrease and broadcast revenues will rise.

Dude could be the Mike Leach of baseball.

Still, what happens to the DH? NL owners have been against it because that position usually goes to higher-paid veterans.

Sounds like that issue and more could be resolved in the next year or so.

It also sounds like Portland and Montréal remain as the frontrunners for teams.

What more qualifications could MLB ever want? Besides money.