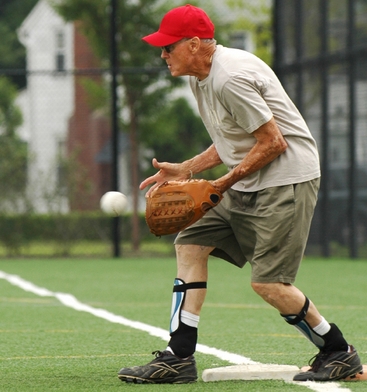 After collecting his 3000th hit, Ichiro Suzuki said he wants to play in the majors until he's 50.

There's at least one dude who might advise him to re-think that.

That would be Roger Clemens, whose 54-year-old assortment of pitches didn't exactly mesmerize a squad of junior college players who will probably never be houshold names outside their own houses.

The Rocket did leave after 2 with the lead, 4-3, in what became an 11-10 loss to the NCJAA All-Stars, but he wasn't blasting much of anything past them at the NBC World Series yesterday.

Greatest pitcher of all time?

Perhaps that dude misremembered Clemens getting a little boost now and then, which may have inflated more than his body, but he's still in the conversation as one of the greatest.

However, if an old ghost they nicknamed Cyclone could do amazing things in an all-natural career, perhaps Clemens should take a seat.

Unless team captain Adam LaRoche gives the Rocket a start in the bracket round -- and after crushing the defending champ Seattle Studs, 10-2, they'll be in it -- this could be the last time his name will ever appear in an organized game's box score: Could be time to boogie on into the next phase of life, whatever it may be.