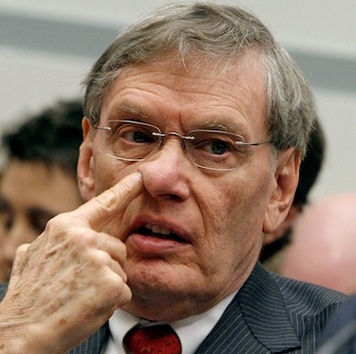 It's been a stern, tedious, and dramatic process.

Secured behind closed doors, the solemn spectacle of kajillionaires determining their new façade pitted outgoing Commissioner Bud Selig's chosen one against a rich rebel who, like the Budster, came from amongst the privileged flock.

The world was surely waiting with bated breath. But with each successive vote, anyone seeking a sign of the outcome saw only a sign of disagreement.

It didn't take a translator to convey this, but since a drop of dosh was left over from the instant replay budget, well, why not?

That sly an stealthy kingmaker hizzownself, White Sox poobah Jerry Reinsdorf definitely had his fingerprints all over this exercise. A hardliner who probably still thinks players should buy their own bats, Michael Jordan's career facilitator is intent on angling for concessions when the next collective bargaining agreement is negotiated.

And he saw Right Hand Man Rob Manfred as soft. As soft as his team's pitching staff this season.

Say what anyone wants about Selig's stumbling reign -- and they do, often -- he did manage to keep the peace for the past 20 years. Of course, that was a $294million lesson. Give him credit for learning it. Reinsdorf obviously hasn't.

Since the lost season of 1994, though, MLB has enjoyed robust revenues and become the sports world's leader in technological advancement. Ultimately, perhaps those are what caused the resistance to cave. All that was left was a faux show of unity.

The specter of storm clouds massing on the horizon has been averted. For now.