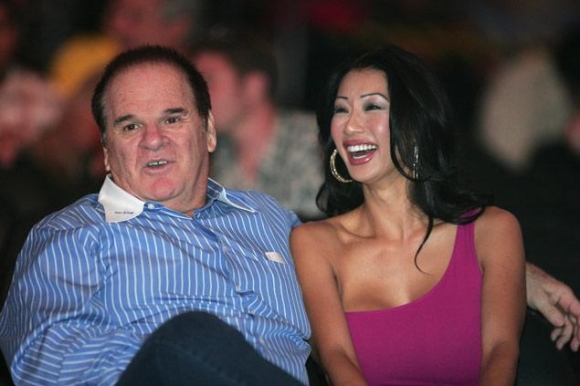 Starting on Monday 11 November, the weeklong announcements of MLB’s post season awards will begin with the Jackie Robinson Rookie of the Year winners.

The series of honors will culminate with the American League and National Leage MVP’s on Thursday 15 November.

This is a slight improvement over the times when MLB would toss out a press release, distributing it to various websites where you could discover the news if you happened to come across it.

Now, I’m not going to bore you with predictions of who should win each award; that's been rehashed more times than I care to count, and besides, most of the awards are predictable. The NL MVP is probably the only one that holds any intrigue. There are several deserving candidates. At least now, three finalists are nominated for each award, similar to how they present the Heisman Trophy and anything that shines in the NHL.

In fact, MLB should follow the lead of the NHL.

No, I don’t mean award an expansion franchise to Winnipeg. However, MLB could really make its honorifics a must-watch television event, much like the way hockey conducts its award show. Having all the major awards -- even the junior varsity ones -- and Hall of Fame announcement in one night would be tremendous! There could even be a short video presentation on the criteria for selecting Gold Glove recipients. (I'd guess they'd leave out the point that many voters first look at the nominees' batting averages before making their choices!)

You think baseball players wouldn’t love walking down the red carpet, dressed to the nines, accompanied by their beautiful wives, girlfriends, or mistresses? And hopefully, not all at the same time.

If you’re going to present awards to highly-paid egotistical athletes, what better way than to do it in prime time and in front of the camera. They shouldn’t try to emulate the ESPY’s as those have become overly boring and serious. Rather, this event could be a cross between TMZ, an issue of Baseball Digest, the MTV Video Music awards, and the Adult Video News awards.

OK the latter may not happen until Bud Selig retires, but you get what we’re aiming for here: featured athletes enjoying themselves in Las Vegas, one of the biggest party cities in the world.

If MLB doesn’t want to host a team in Las Vegas, then why not host and televise the award show from there?

Could you imagine Prince Fielder hitting the buffet at Circus Circus? Would Derek Jeter finally get hitched at a drop-in wedding chapel? Perhaps there's an undiscovered anti-aging clinic that Alex Rodriguez has yet to frequent. The possibilities are endless, and it may provide the only chance for players on the Las Vegas 51’s to experience life in the Show.

Howard Hughes may be able to keep the Mafia out of Las Vegas, but Las Vegas can’t keep the rich, spoiled athletes from visiting. So here we have the best of both worlds. Fans get to see an exciting award presentation with live music, scantily clad celebrity presenters, and their favorite ball players recovering from a three-day bender in the desert.

Whatever MLB can do to make the off season more exciting and transparent would be a great decision to promote the game.

What better setting than Vegas near the holidays?