MLB Must Act Before the Unthinkable Happens 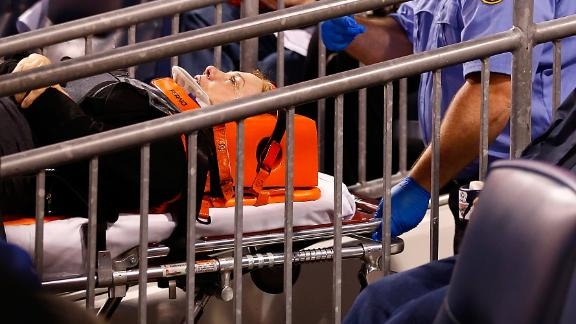 Each major sporting league has implement policies dealing with major injuries -- most notably concussions -- for fear of crippling lawsuits, in the name of health and betterment of the athletes.

Yeah, right. Got it.

Lost in this equation, however, is the safety of the fans.

Most sports have some degree of separation between athletes and audience. For example, football has high walls that protect the fans from getting trucked by a 250lb linebacker. Hockey has large glass panels that protect fans, although sometimes, it's there to protect players from the fans.

Sure, MLB has put nets behind home plate, but that only covers so much. A majority of the seating between home and the foul poles remains unprotected from foul balls and stray bats.

This season alone has seen two instances where MLB’s lack of safety has resulted in injuries. The first occurred at a Red Sox game, where a fan was struck by a broken bat and nearly died. The most recent occurred this past week, where a fan was hit in the head by a foul ball at a Tigers game:

The MLBPA has tried several times to get the league to expand the safety nets, but that's been repeatedly rejected, with The Commish and owners citing a loss of fan experience for those who purchase premium seats:

And even some who don't, much less not even being in the majors:

Apparently, that experience is a matter of perspective. MLB is being sued by a collection of season-ticket holders who claim that it's failed to protect them from a dangerous and easily solvable problem.

I understand MLB’s point. Fans who buy premium tickets do so with the understanding that they're up close and personal with the game. However, this doesn’t excuse the league from disregarding a potential life-threatening instance.

It's probably too much to ask, but perhaps this time, baseball will act before an incident claims a life. You'd think they'd learn from the last time they delayed in implementing safety measures.

And who'd have thought rubbing mud would be the solution to that one? 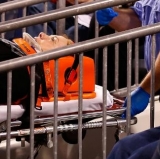 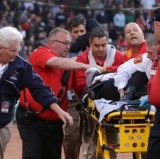