Published on 6-May-2016 by Alan Adamsson 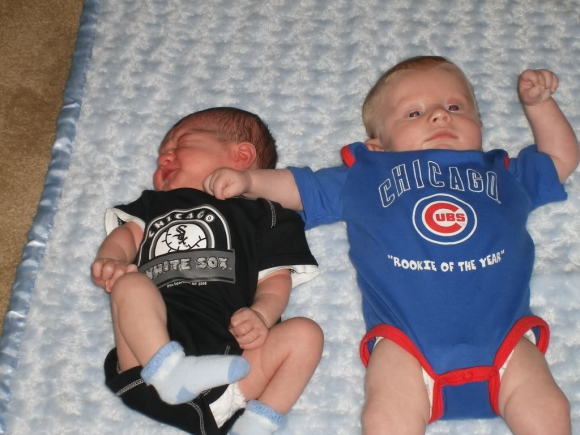 The old bromide has it that every time you go to a baseball game, you might see something that's never been done before.

Given that pro ball dates back to at least the 1869 Cincinnati Red Stockings, the fact that it still rings true is a boggling concept.

And it happened again.

On Thu 5 May, these four clubs got together in the Windy City:

Indeed, it was the first time in MLB's annals that four first-place teams played on the same day in the same city.

Division play began in 1969 with each league split into East and West. Of course, pro sports being a world unto itself -- ie- the most influential teams decided the groupings -- both Cincinnati and Atlanta were in the NL West.

That's because of divisional play's unbalanced schedule. St Louis was a better draw in New York for the Mets, and the Cardinals weren't going to be separated from their traditional rival, the Chicago Cubs, so the Reds and Braves were the odd teams out.

Well, the Braves and Reds have come full circle, and Rodney Dangerfield isn't around to plead their case anymore.

Ironically, though, three of the other doormats back then -- remember, the Nationals were once the Expos -- are now on a roll ...

The task now is obviously to keep it going, as there's no doubt the Cubs, Nats, White Sox, and Red Sox would prefer to repeat this sort of history in October.

That will get respect.