MLB Has a Conscience! Faux Error Now an Ortiz Hit in Darvish Near No-No 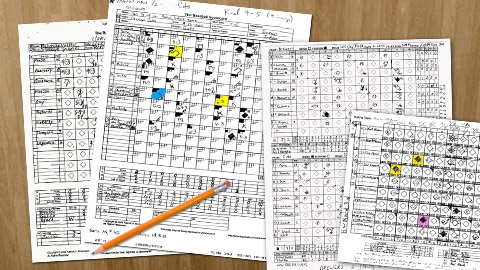 Maybe it doesn't matter in the larger scheme of things, but seamheads understand.

An egregious scoring decision has been corrected.

Order has been restored to the universe. Harold Reynolds will be relieved. And for good reason. There are some things that just shouldn't be messed with.

And one of them is calling an Alphonse & Gaston act in the outfield an error. Baseball has decades of history that says the play in question here is not an error:

Revisionists can squawk the verbiage of Rule 10.12(a)(1) all they want, but the reality is it's written more vaguely than the NBA morals clause. However, the accompanying comment in the rule book reads thusly:

Not even when the home team's pitcher has a perfect game up to that point.

Official scorers are paid by MLB, but they still usually come from the ranks of local media. So judgment, such as it is, remains relative. In the case of a potentially historic event on behalf of the hometown player, it can become extremely relative.

And it's not nice to defy the baseball gods. Since the original scoring decision, the Rangers went 1-3, including a split against the lowly Astros.

Coincidence? We think not. 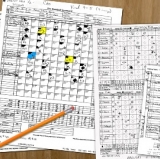 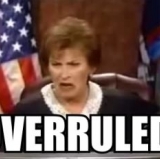