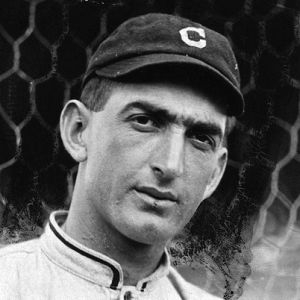 Shoeless Joe Jackson was one of the superstars in baseball’s Dead Ball Era.

Dude's regarded as one of the best hitters to ever play the game, posting the third-highest lifetime average in MLB history.

Shoeless’ swing was so sweet that a young Babe Ruth modeled his after it.

One would think that Shoeless would be a lock for baseball’s Hall of Fame, but instead, baseball's decided to keep one of the game's greatest players on its blacklist.

The Black Sox Scandal, of course.

In 1919, eight players from the Chicago White Sox agreed to fix the World Series, mostly because their owner was an industrial-strength cheapskate who routinely cheated players out of fair wages and deserved bonuses. Frankly, insiders didn't think it was that radical a move, given certain practices of the times.

The White Sox lost the series, as planned, even though the players tried to win after their gambling conspirators failed to pay up.

Word of the fix got out the following season, stemming from hints and allegations that were made during the Series. The players were indicted for conspiracy, for which they were later acquitted.

But baseball didn't think it could survive the scandal's taint and moved to create a commissioner with virtually absolute power. That became hanging judge Kenesaw Mountain Landis, who promptly ignored the court decision and banned the eight conspirators from baseball for life.

Shoeless Joe’s involvement in the scandal is hotly disputed.

His signed confession has been criticized, as the star was illiterate and could be easily convinced to sign a document he didn’t understand. Jackson also tried to return the money he'd received and warned the White Sox owner of the ploy, but his attempts were ignored.

Then there's this: Dude also hit a series-leading .375 and had a perfect fielding percentage.

Sounds like a guy trying to lose, doesn’t it?

Attempts to reinstate Shoeless Joe have continued years past his death in 1951, as fans of the game hope to give the man his just desserts. The most recent attempt, made by the Shoeless Joe Jackson Museum, was recently shot down by Commissioner Rob Manfred.

In his statement, Manfred said it would be “not be appropriate for me to reopen this matter.” Translation: dude’s dead, and I’m not going to reopen baseball’s worst nightmare prior to the Steroid Era.

It’s fine and dandy that MLB has taken such a hard line with cheaters and made sure to applaud the life of other Dead Ball stars like Ty Cobb. Except for the fact that the Georgia Peach did the same thing as Jackson allegedly did, but MLB won’t have you bringing that up.

It’s sad that Jackson is denied his rightful place in the Hall, even though Cooperstown is not owned by MLB and could totally admit Shoeless Joe if they so desired.

So Shoeless Joe remains a controversial figure in baseball. A dead man with a dead cause.

However, dude's not alone. It won’t be too long before Pete Rose is gone and his Hall of Fame cause will be as dead as Shoeless Joe.

Deader, in fact, because he admitted it.