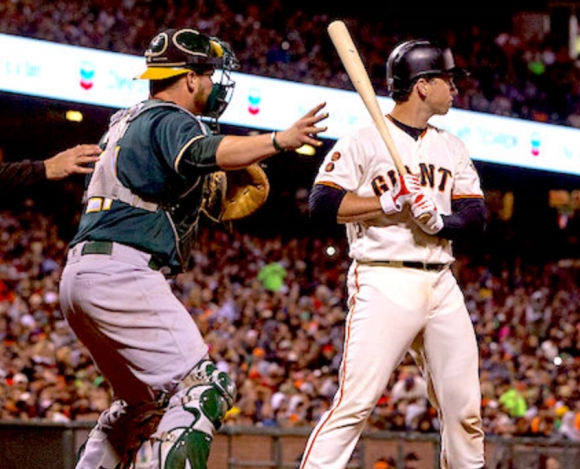 Baseball is a very old game.

The exact date is hard to pin down, but the first set of written rules were adopted 172 years ago.

From that moment onward, baseball's popularity popped up everywhere.

The game's still very much intertwined with American culture. Instant replay and the simplicity of betting on it enabled football to bloom, but baseball is still called America’s Pastime.

As the years have gone by, baseball has grudgingly adapted to fit the needs and desires of the American viewing audience.

One of the sharpest changes in America is attention spans are approaching ADD levels.

How short are they now?

A 2016 Microsoft study found the human attention span is about 8 seconds, or less than that of a goldfish.

Baseball’s fear of losing viewers to long game times has led the MLB to implement a number of changes. Last year saw MLB successfully implement several pace of game rules, including the addition of time limits for mound visits.

For the 2017, however, dudes are going off the deep end with a modification that can have farther-reaching ramifications than they intended.

Commissioner Rob Manfred announced this week that MLB's dropping the 4-pitch intentional walk from the game, opting instead to have managers signal the ump with four fingers, which is probably three more than they'd prefer.

This may seem like a rather inconsequential change to some, but what's the saying the OGs trot out more often than not?

If you go to a baseball game, you've got a good chance of seeing something you've never seen before.

They're right, actually. During a live play anything can happen, even when it’s just the pitcher trying to lob to a standing catcher.

We have seen games in the past where a team has won precisely because the pitcher messed up an intentional walk.

Take a closer look at the play in Game 3 of the 1972 World Series, with Johnny Bench on a two-strike count and a runner at second:

Intentional walks serve as a life lesson in preparedness for this reason alone:

Never be like the dude in the red shirt standing next to Captain Kirk.

And what's being achieved by four fingers? The rule change could shave about one lousy minute from any game where it might be used.

If anything, it could lengthen a game. Just ask the Toronto Blue Jays' Russell Martin, who reminds the oblivious suits in MLB's head office that IBBs are often used to give a reliever time to finish his warm-ups. So:

There's nothing wrong with change, but make it meaningful. This one isn't.