Mis-4-tune Continues for Freak and Giants in Cincinnati 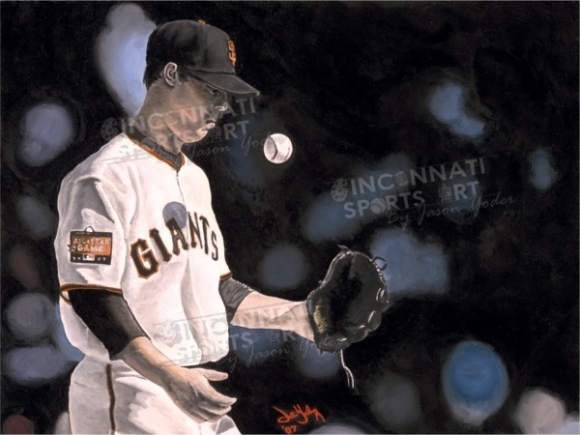 The Freak has shown signs of actually earning his paycheck, unlike some other Giants we know and love.

Tim Lincecum has one giant statistic going on, what with his eight wins in twelve starts. It is a number that belies his modest 4-4 won-lost pitching record.

In Lincecum's most recent start against the team on the wrong end of  his playoff triumph-for-the-ages relief appearance, he endured another does of their regular-season revenge.

In fact, everything is coming up 4s for Timmy and his intrepid teammates wearing the Orange & Black:

He may be no fortunate son against the Reds, but it could be worse.