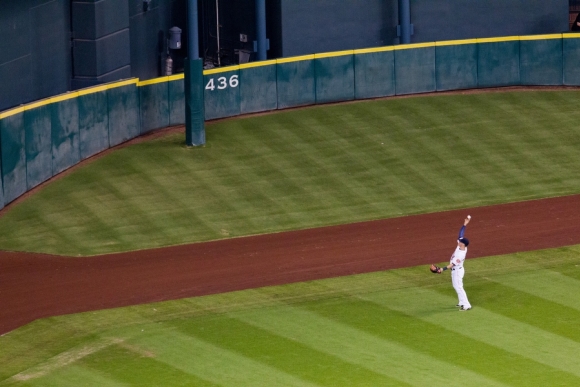 One of the quirkier ballpark features in MLB is no more.

Minute Maid Park, the proud home of Houston's Astros and affectionately known as the Juice Box, opened in 2000.

For some peculiar reason, the designers tribute to retro included a bizarre hill in centerfield that inexplicably housed a giant flagpole.

Sadly, this oddity is now gone.

In their infinite wisdom, the 'Stros decided to destroy this faux American landmark, bringing in the fences and adding additional seating along with another concession area to peddle tacos and $10 craft beer.

Unfortunately, they've only succeeded in making Minute Maid Park more like every other ballpark.

For what it's worth, the Astros players don't seem to care either way, leaving the nostalgia to heartbroken fans.

We can still reminisce, though.

At least there were no cars or bengal tigers on the field.