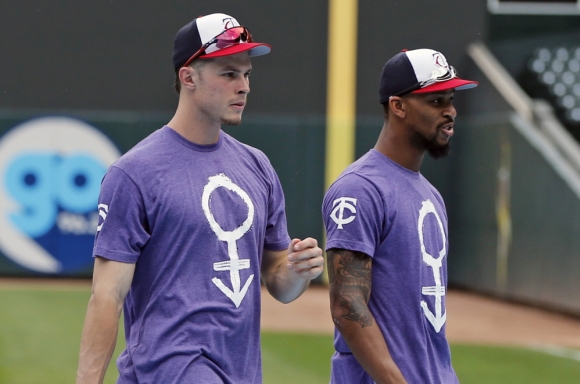 The tragic loss of Prince last year was quite a blow to music fans everywhere.

In particular, this melancholy was felt in his hometown of Minneapolis.

Recently, the Twins decided to pay homage to the legendary musician at Target Field.

As part of the festivities, the stadium was lit up in that signature Prince purple.

The players themselves got involved as well, sporting some sweet purple tees during pre-game warmups.

In addition, his endless catalog of hits was played throughout the game, and fans also received Purple Rain themed umbrellas.

These very same umbrellas were opened by fans during the seventh-inning stretch.

The tribute culminated in an epic fireworks display after the game.

The Twins also did some cool stuff last season, shortly after the death of the musical genius.

Prince certainly loved his hometown and sports in general, but basketball was definitely his game of choice.

That cat could ball.